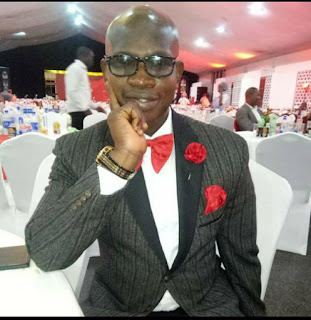 The New Telegraph Saturday Editor, Waheed Bakare, is dead. Vanguard gathered that Bakare died Sunday evening after a brief illness.
He had a stint with the Punch newspaper before his employment by the New Telegraph newspaper.
The late Bakare was a regular feature on Television Continental (TVC) Journalists Hangout.
According to a family member, Bakare died after a brief illness. 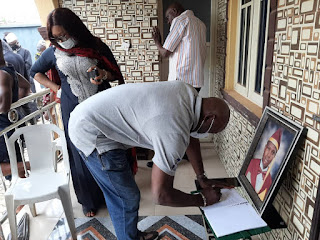 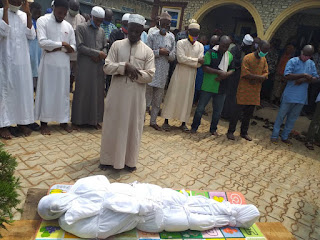 According to a family member, Bakare died after a brief illness. His remains have since been buried according to Islamic rites. However, President Muhammadu Buhari has commiserated with the media industry, particularly Nigeria Union of Journalists and Nigeria Guild of Editors, over the passing of the Saturday Editor of New Telegraph, Waheed Bakare. The President sent condolences to family of the deceased, and management of New Telegraph Newspapers, describing the editor’s death as a collective loss to the media and the nation that he served passionately with his talent.
God will receive the soul of the departed, and comfort all that mourn him.
The Osun State Governor, Alhaji Isiaka Gboyega Oyetola, has described the passing on of Bakare, as devastating and a great loss not only to his immediate family but also to the journalism profession in Nigeria.
Oyetola, in a statement signed by his Chief Press Secretary, Ismail Omipidan, commiserated with Bakare’s family, friends, colleagues, the Journalists’ Hangout family and the management of The NewTelegraph Newspapers over the demise of the late Bakare.
The governor described the late Bakare, who died in Lagos evening of Sunday May 24, 2020, as a hardworking, talented, cerebral and an accomplished journalist, noting that he would be sorely missed by the media community. 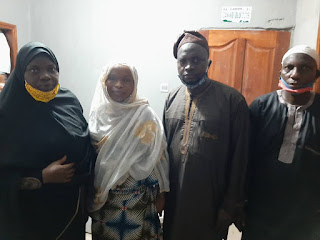 “I received with great shock the passing of Alhaji Waheed Bakare, Editor, Saturday New Telegraph. His death is not only a loss to his family, but also to the journalism profession.
“As people who believe in God, we should take it in good faith and give gratitude to God that the late journalist ran a good race and gave a good account of himself as a newsroom leader and gatekeeper.
“As a professional and a devout Muslim, Bakare showed class in the discharge of his responsibilities.
“My deep condolences go to the entire family, the New Telegraph management as well as the entire journalists in Nigeria. He will be sorely missed.
“I pray Allah to forgive his shortcomings and grant him Aljanah Firdaus. I also pray Allah to comfort his bereaved family and loved ones,” Oyetola added.
MMPN mourns 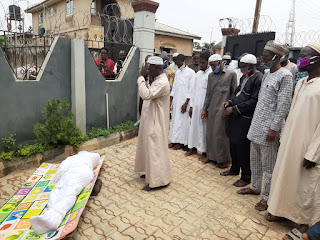 Also the Muslim Media Practitioners of Nigeria (MMPN), condoled with the immediate family of the deceased, describing him as “a thoroughbred Journalist, a devoted brother to his Islam, a humble and wonderful personality.
According to a statement signd by the President of the association, Alhaji AbdurRahman Balogun, the association said: “His death coming on the Sallah day is quite painful to us as a group but we are consoled that he died as a believer and a committed Muslim.”
Also, the chairman of the Lagos chapter of the association, Alhaji AbdulKabir Alabi, Weekend Editor, The Guardian newspaper also described his death as a rude shock, praying Allah to forgive his shortcomings, have mercy on his soul and admit him in the Aljanah Firdaus.
- Advertisement -