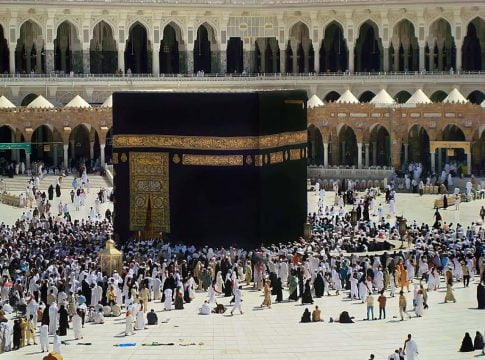 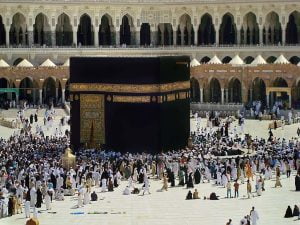 Fines amounting to SR10,000 will be slapped on those who enter the holy sites of Mina, Muz-

dalifah and Arafat without a Hajj permit, Okaz/Saudi Gazette has learned from well-informed sources.

The penalty will be doubled with the repetition of the violation, the sources said while adding that this is part of the punitive measures against violators of preventive protocols to stem the spread of coronavirus pandemic during the upcoming Hajj, which is due in the end of July and early August.
A smart card, which consists of all the details with regard to the operation and management of Hajj trip, will be issued to each pilgrim. A bag, containing prayer rug, sanitizers, masks and other necessary preventive tools, will be supplied to pilgrims. They will also be provided with packets of Zamzam at every point of the pilgrimage.
The sources unveiled more details about the COVID-19 related regulations for the Hajj. According to the regulations, specific sterilized tracks will be arranged for the pilgrims in mataf (circumbulation area around the Holy Kaaba) and masa (area for the ritual of sai between Safa and Marwah) with a distance of two meters between pilgrims.
There will be separate accommodation for each pilgrim in a space of not less than nine meters in Mina, Muzdalifah and Arafat. The Mina residential towers have also been designated for the pilgrims’ accommodation.
Meanwhile, the Ministry of Hajj and Umrah announced that the process of sorting out applications submitted electronically by domestic pilgrims who belonged to 160 nationalities for this year’s Hajj pilgrimage has been completed. The process of selection was carried out in accordance with accurate health and organizational standards with a foolproof mechanism to ensure the safety of the guests of God.
The ministry had earlier set a five-day period for the registration of expatriates who wish to perform Hajj this year through its website with the deadline for registration set for Friday, July 10.
Sound health condition is the main determinant for allowing performance of Hajj this year. Only those expatriates between the ages of 20 and 50 who are not suffering from any chronic diseases were entitled to apply for the pilgrimage.
Saudi Arabia has decided to allow only a limited number of 10,000 domestic pilgrims to perform Hajj this year in the wake of the outbreak of the coronavirus pandemic.
Around 2.5 million foreign and domestic pilgrims had performed Hajj last year. Out of the total of 10,000 pilgrims, 70 percent will be foreigners residing in the Kingdom while the remaining 30 percent are Saudis.
Among Saudis, only health practitioners and security personnel who have recovered from coronavirus will be allowed to perform Hajj and they are being picked from the database of the recovered persons who have fulfilled the health criteria to perform the Hajj rituals.
This is in recognition of their commendable role in taking care of the health of various segments of the society in all phases of the fight against the pandemic, according to the ministry sources.— SG
- Advertisement -
- Advertisement -