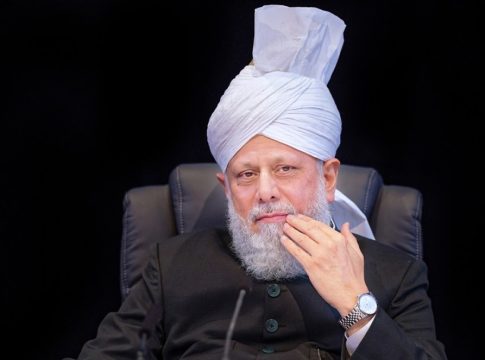 The Ahmadiyya Muslim Women under the umbrella of Lajna Imaillah Ahmadiyya Nigeria (LIMAN) has condemned in strongest terms the high rate of rape, gender based age violence incidents against women and girls in Nigeria,calling for more strict penalties against offenders.
The Muslim women made the remarks during a virtual meeting and training against rape, violence against women in Lagos.

Ahmadiyya women, described the current ugly development across the country as sad and unfortunate, considering the vulnerable nature of the group of people and their crucial roles in the society as homemakers and mothers.

However, while commending the federal government of Nigeria on the sex offenders register launched last year, the women group, stressed that there was urgent need for the government to back it up with an enabling law for penalties against perpetrators of the violent act to serve as deterrent and discourage future occurrences.
According to the Sadr/ President, Lajna Imaillah Ahmadiyya Muslim Jamaat Nigeria, Hajia Taofeeqah Fagbolade , “Islam frowns at any form of violence against women and regards rapes as a grievous crime under the Sharia (Islamic law).
Rape, she said is referred to as “Zina bi al-akhira,” by Muslim jurists and is defined as forced cohabitation by a man with a woman who is not his wife. citing the glorious Quran and the 4 verse 35 where Allah (swt) stated that Men are guardians over women.”
Status of girls and women
Fagbolade equally quoted the traditions of the Holy Prophet of Islam (saw) on respected status of women in Islam stating that “ When a Muslim girl is born, she becomes the reason for her father to enter Jannah. When she grows up and marries a man, she completes half of the religion of her man. And when she becomes a mother , Paradise lies under feet for her children”.
Consequently, the leader of the Ahmadiyya women noted that when a female child is being raised successfully, a Nation has been raised because from her would future generations be borne.
She canvassed for a special care for a girl/lady/woman as “jewel and never to be regarded as object of ridicule or molestation”
The Islamic Women group, therefore, urged the House of Assemblies in the states to pass the Bill on “Rape and Gender Violence.”
Admonitions
Fagbolade admonished parents, guardians and religious leaders to join the fight against the scourge by sensitizing their children, wards and religious adherents on the negative implications of rape in terms of psychological, physical, social and lasting effects on the victims.
- Advertisement -
- Advertisement -