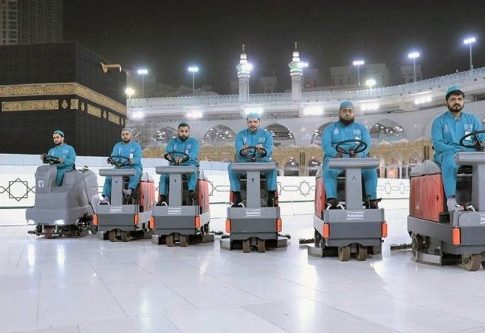 For this year’s Hajj season, the Presidency recruited 3,500 workers to disinfect, sterilize and perfume the Grand Mosque to receive pilgrims.

The presidency has also intensified its efforts and increased disinfection and sterilization operations around the clock to prevent the spread of the novel coronavirus, as the Grand Mosque and its courtyards and facilities are washed 10 times daily. — SPA