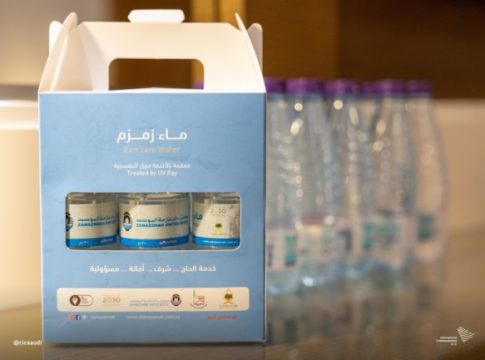 Zamzam water will be provided to pilgrims in sealed, sterilized and single-use bottles while water coolers will remain non-functional.

The General Presidency for the Affairs of the Two Holy Mosques has prepared bottles of Zamzam water for pilgrims as part of its eighth “We are proud to serve pilgrims and visitors” campaign, the Saudi Press Agency reported.

The presidency has also raised Zamzam water bottle production capacity to be distributed to pilgrims. Zamzam water will be provided to pilgrims in sealed, sterilized and single-use bottles while water coolers will remain non-functional.

This comes as an extension of services being provided to pilgrims by the presidency. It also comes as a continuation of applying the highest precautionary standards and preventive measures to protect pilgrims.