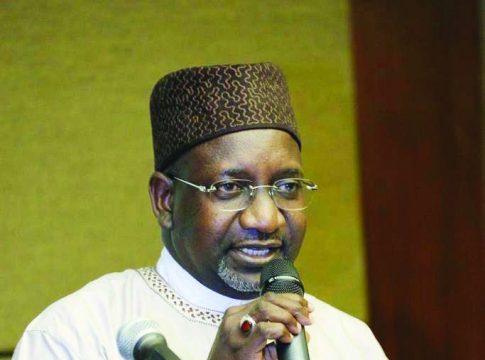 Islamic scholar and former Special Adviser on Islamic and Hajj Matters to two former governors of Kaduna State, Sheikh Haliru Abdullah Maraya has said the convicted musician can appeal the judgment of the Upper Sharia court if he so wishes, maintaining that the judgment was in tandem with the position of Islam on blasphemous act.

This is the position of Islam. The courts have the right to take any appropriate legal action, within the confines of the law, against anyone who committed a blasphemous act against the messenger of Allah S.A.W, as far as Islam is concerned. The convicted singer can appeal against the judgment, in the Sharia court of Appeal, if he so wishes.

The relevant authorities and Islamic scholars should make very concerted efforts with a view to educating the general public about the virtues of the messenger of Allah S.A.W, and also the consequence of the commission of any blasphemous act against his much esteemed person. Such efforts will go a long way in removing prejudice towards the prophet S.A.W from many hearts. By so doing, further blasphemous acts would be forestalled.

I will like to use this opportunity to call on the general public to embrace peaceful coexistence. Taking the laws into one’s own hands should be discarded and discouraged at all times and situations. People should always recourse to the law.

Yahaya Sharif-Aminu, a 22-year-old Islamic singer, was recently sentenced to death by hanging for blasphemy against Prophet Muhammad (s.a.w) via his music on social media.

An upper Sharia court in the Hausawa Filin Hockey area of Kano state said Yahaya Sharif-Aminu, 22, was guilty of committing blasphemy through a song he circulated via WhatsApp in March. Sharif-Aminu did not deny the charges. However, Judge Khadi Aliyu Muhammad Kani said he could appeal against the verdict.

Only one of the death sentences passed by Sharia courts has been carried out since they were reintroduced in 1999.
The singer, who is currently in detention, went into hiding after he composed the song.

Protesters had burnt down his family home and gathered outside the headquarters of the Islamic police, known as the Hisbah, demanding action against him.
It was gathered that Hisbah arrested him and facilitated his prosecution at the Sharia Court.