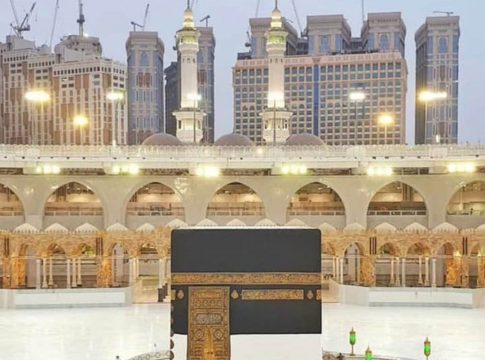 The year 2020 will be remembered in history as the year covid-19 upturned global economic, social and customary routines. Though certain modes of religious worship were also affected by the corona pandemic, timing of religious events auspiciously remained constant.

So was the case with 2020 Hajj, which nevertheless took place at the appointed time despite all odds. Apprehension from the lethality of the virus was discernible from the regimental manner in which the Hajj was conducted.

The covid-19 upset had crushed many worshippers yearnings on Hajj, yet many had remained undaunted until the last minute. The anxiety that accompanied Saudi Arabia’s much awaited decision on the 2020 pilgrimage was disturbing to Hajj organisers all over the world. But when it finally came, the Muslim world, and health experts too, commended the Kingdom’s decision.

Health concerns arising from the current pandemic had crippled activities of many institutions. The National Hajj Commission of Nigeria (NAHCON) was not left out though it remained resolute on its calculated goals for year 2020. This focus yielded fruits. 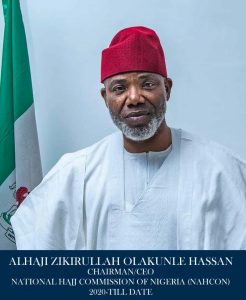 NAHCON’s management under the Zikrullah Kunle Hassan’s leadership was able to make a significant number of headways on its plans despite the pervasive condition.
Most significant among these foci is chasing the Hajj Savings Scheme (HSS) commencement with unalloyed fervour. Already, its birth is in the horizon, to be delivered on the fixed day.

Actualising the dawn of Hajj Savings Scheme in Nigeria has been the goal of successive Hajj administrators. Its significance is not only for the financial stability that will permeate Hajj management in Nigeria, but also for the chances it provides intending pilgrims to enrich their pockets as well as to be better schooled in civic and religious acts of Hajj.

Among the immediate upshots of the HSS is improved international image from an orderly Hajj contingent; job creation as a result of extended time frame for training of pilgrims; increased gross domestic earnings to depositors, federal and state governments; long term Hajj preparations that will eliminate last minute rush, to mention only a few.

The Zikrullah led board was able to negotiate a reduction of states Hajj accommodation costs; negotiated the reduced cost of air ticket, lobbied a discount for some services rendered in Saudi Arabia and it was granted. Cumulatively, the reduction had reached the tune of about three billion Naira and counting.

Recently, the Chairman followed up this meeting with on-the-spot assessment of structures. It is the hope of NAHCON that the buildings will ease transition of pilgrims during Hajj operations and at the same time, be a source of revenue generation for an autonomous Hajj industry.

The phenomenal change will automate service provision for Hajj starting from time of registration to flight allocation, room allocation and other services.

The end result is for better Hajj organization, prudent management of resources and ease of performing pilgrimage from Nigeria.

Though Covid-19 might have been a setback to the Commission’s plans, however, the NAHCON leadership is determined to accomplish all the goals it has set in sight as its 2020 milestone.

Usara is a staff of NAHCON

Previous article
Death sentence on Islamic singer: It’s a very grave offence —Sheikh Haliru Maraya •Says: Convicted singer can appeal judgment if he so wishes
Next article
Covid-19: Quran calligrapher Uthman Taha recovers Says: ‘I forget about the world when writing the Quran’ Adds: ‘I wish the verses about heaven would never end’