Covid-19: Quran calligrapher Uthman Taha recovers Says: ‘I forget about the world when writing the Quran’ Adds: ‘I wish the verses about heaven would never end’ 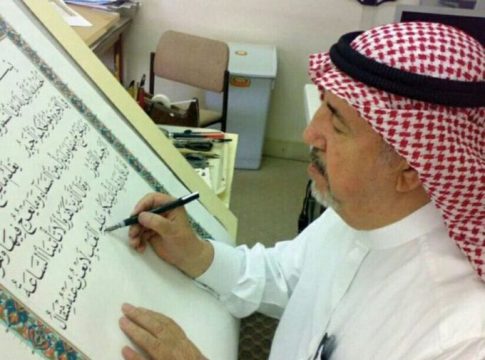 Syrian Quran calligrapher Uthman Taha is in good health and recovering at home after a 13-day stay in a hospital where he was treated for what he and his wife initially suspected to be the novel coronavirus COVID-19, although he ultimately tested negative for the virus.

Taha is the official calligrapher of the Qur’an at the King Fahd Complex for the Printing of the Holy Qur’an in Madinah. His wife, Fatimah Umm Al-Nour, said Taha had a chest infection during his stay at the hospital and stressed that he had been “careful and took all the precautionary measures” and that he had not left the house for five months before his hospital visit.

The 86-year-old calligrapher is still in the recovery phase, his wife said, and has been advised to rest and to avoid stress. She praised his doctors, who have consistently checked in with the couple since Taha returned home, and added that she has tested negative for COVID-19 too.

Taha is regarded as one of the most skilled calligraphers in the Arab world. Al-Nour told Arab News that he continues to practice calligraphy daily.

Taha, who has written the Qur’an 12 times at the King Fahd Complex, was born in 1934 and attended school in Aleppo. His father was also a skilled calligrapher, who used the Ruq’ah script, and Taha studied with several of Syria’s finest calligraphers including Mohammed Al-Mawlawi, Mohammed Al-Khatib, Hussein Al-Turki, and Ibrahim Al-Rifai. 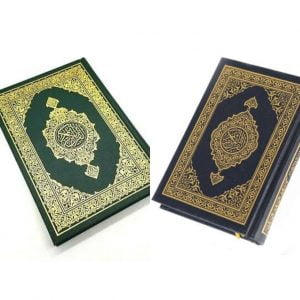 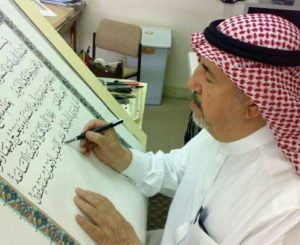 When he moved to Damascus for university, Taha began to learn other scripts, including Thuluth, Naskh (in which he is now considered a master), and Farsi. He received his calligraphy certificate from master calligrapher Hamed Al-Amadi in 1973.

He arrived in Saudi Arabia in 1988, and began work as a calligrapher at the King Fahd Complex for the Printing of the Holy Qur’an in Madinah. He writes the Qur’an in the Ottoman script, and copies of his work have been distributed throughout the Islamic world.

What makes Taha’s work unique is that each page of the Qur’an that he writes concludes at the end of a verse. The secret, he explains, is to simplify the words — which is the origin of the Kufic script in which the Qur’an has been written since the days of Prophet Muhammad’s companions — keeping the letters close to one another.

Taha spent years perfecting his technique of evenly distributing the words in every line so that the space between the lettering is consistent throughout every page of every book, which means eliminating many of the script combinations that make such consistency difficult.

He explained to newsmen that when he is working on his Qur’an calligraphy he is transported: “When I begin writing the Holy Qur’an, I resort to solitude to allow myself to be invested in the verses and their interpretation, forgetting about the world around me,” he said. “I wish the verses about Jannah (heaven) would never end, and my hand trembles when I write the verses about Jahannam (hell).”