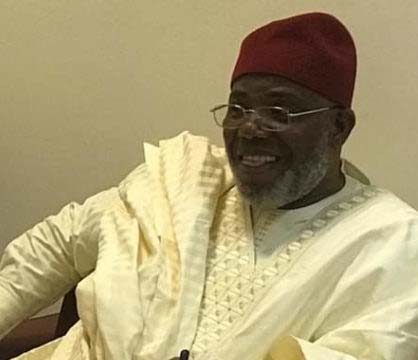 Alhaji Zikrullah Kunle Hassan, the Chairman and Chief Executive Officer of National Hajj Commission of Nigeria, NAHCON, has sought support for the success of the proposed Hajj Training Institute (HTI) and the Hajj Savings Scheme (HSS).

Alhaji Hassan made the call when he visited the Kaduna State Pilgrims’ Welfare Board on 19th August 2020 at the board’s Katsina Road office, Kaduna.

He described the visit as an expression of gratitude to Kaduna state board for hosting the NAHCON contingent despite the short notice.

In addition, the visit was purposely part of the Commission’s mobilization drive towards creating awareness on the two initiatives. He recognized state boards as crucial to the success of both initiatives.

The NAHCON Chairman opined that the state boards will benefit immensely from the two schemes being directly in contact with the pilgrims and staff for whom training and retraining on Hajj administration and participation is essential. As for the HSS, he was confident of it being a game changer in the Hajj industry and one we must collectively promote. The Chairman further spoke on the HTI whose aim is to professionalize and standardize Hajj operation in Nigeria, open up employment opportunities and contribute to the growth of Nigerian economy.

Reacting to the NAHCON Chairman’s visit, the acting Overseer of the state’s pilgrims’ welfare board, Hajiya Hannatu Zailani, pledged the state’s readiness to support NAHCON whenever the need arises because of the Commission’s laudable initiatives.

She described the two schemes as eliciting enthusiasm and they are eagerly awaiting their commencements. She further informed the gathering that out of the 2,383 pilgrims that registered for 2020 Hajj in the state, only 172 had requested for a refund. She revealed that the refund will commence as soon as government approval is received.

Hajiya Zailani thanked the NAHCON leadership for the visit and prayed for their safe return.