According to the same statement the ministry is preparing a comprehensive plan for the upcoming seasons of Umrah, Ramadan and Hajj for the year 1442 H. The General Presidency also released a similar statement.

Earlier the General Presidency prepared a detailed plan for Masjid Al Haram in the event of the resumption of Tawaaf and Umrah in light of precautionary measures.

The Measures included the pre-registration of visitors to the Mosque, separate areas for entering and exiting, Expansions of King Abdullah and King Fahad for prayers, keeping the capacity of Haram below 40% etc. 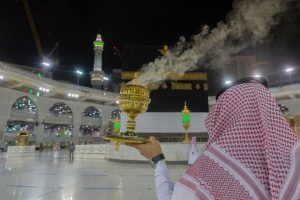 These measures will be announced at a time when the COVID-19 pandemic is seeing a steady decline in the Kingdom and in major Muslim countries as well.