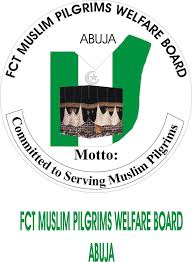 The Federal Capital Territory (FCT) Muslim Pilgrims Welfare Board, Abuja has refunded the sum of Seventy Four Million, Five Hundred and Forty Nine Thousand Naira (N74,549,000.00) only to 2020 Intending Pilgrims who requested to collect back their deposit.

A statement by the Spokesperson of the Board, Muhammad Lawal Aliyu disclosed this in a statement made available to newsmen in Abuja.

Muhammad Lawal stated that a total of 74 intending pilgrims out of 1157 who made deposit to the Board in respect of the 2020 Hajj that could not hold due to Covid -19 pandemic have so far collected their money.

The Public Relations Officer advised Intending Pilgrims who have made deposit and are still willing to collect their money to do so before the end of this month as the Board is finalizing arrangements for the commencement of registration for 2021 Hajj exercise from 9th of September as directed by the National Hajj Commission of Nigeria (NAHCON).

Read also: https://kaabanews.com/2019/06/fct-emerges-overall-best-in-hajj-operations-again-kano-gets-second-overall-best/
He explained that the refund of money collected is a continuous exercise but emphasised the need for early declaration of interest in order not to derail preparation for the forthcoming Hajj operation.

He disclosed that all deposits not claimed would automatically be rolled-over as deposit against 2021 Hajj exercise.

Similarly, he stated that prospective Intending Pilgrims who wish to perform the 2021 Hajj through the Board can deposit a minimum of N1,000,000.00 (one million Naira) only via a Bank Draft payable to the “FCT Muslim Pilgrims Welfare Board Abuja” before the release of the actual fare by the Federal Government.

The statement also warned all intending pilgrims who are yet to return their completed application forms or submit their International Passport to do so to enable the Board facilitate early registration formalities and process their travel documents.