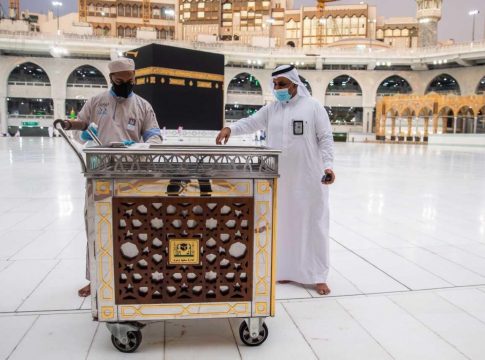 The Kwara Muslim Pilgrims Welfare Board has said that preparations for the 2021 Hajj operation for intending pilgrims willing to travel with the board will commence on September 7.

Alhaji Mohammed Tunde-Jimoh, the Executive Secretary of the board, said this in an interview with the newsmen in Ilorin recently.

Tunde-Jimoh said the board had mapped out a strategy to ensure a hitch-free Hajj for intending pilgrims for the 2021 holy pilgrimage to Saudi Arabia.

He said that only 100 of 1,800 intending pilgrims, who paid their Hajj fare for the aborted 2020 Hajj, had so far requested for refund.

He assured that the remaining 1,700 who rejected refund would first be considered in the 2021 Hajj operation.
“Intending pilgrims for 2020 Hajj, who did not collect their money had taken the right decision.

“This is because Saudi Authorities may reduce the number of intending pilgrims and the board will first treat those that left their fare with us,” he said.

The executive secretary of the board advised intending pilgrims, who had collected their Hajj fare and those willing to travel with it to begin the payment on September 7.

He said the Muslim pilgrims boards in Nigeria were collaborating with the National Hajj Commission of Nigeria regarding the number of days Nigerian pilgrims would spend in Saudi Arabian during the pilgrimage.

He said that the measure would make the holy trip less cumbersome, pointing out that some pilgrims usually exhausted their basic travelling allowance after the Arafat day. (NAN)