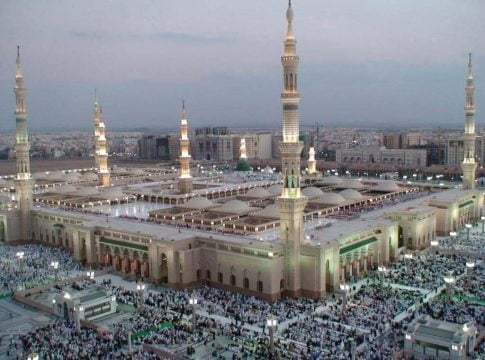 Saudi Arabia has announced the gradual resumption of Umrah and visits to the Two Holy Mosques with a limited number of pilgrims, starting from Oct. 4, 2020, the Saudi Press Agency reported reports citing a source at the Ministry of Interior.

The ministry source said that based on the reports of the competent authorities regarding coronavirus developments and in response to the aspirations of many Muslims at home and abroad to perform Umrah, and based on the leadership’s keenness on the health and safety of the visitors the two Holy Mosques, a royal approval has been given to allow the performance of Umrah and visits to the Two Holy Mosques gradually while taking the necessary health preventative measures.

Read Also:https://kaabanews.com/2020/08/haramain-prepares-for-umrah-season/
In the first phase, citizens and expatriates from within the Kingdom will be allowed to perform Umrah at a capacity of 30 percent from Oct. 4 that translates to 6,000 pilgrims per day following the health precautionary measures of the Grand Mosque. 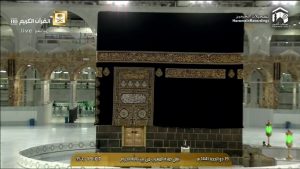 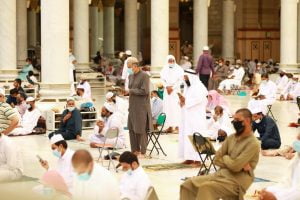 The fourth phase will allow the performance of Umrah, visit, and prayers by citizens and expatriates from inside and outside the Kingdom, at 100 percent of the normal capacity of the Grand Mosque and the Prophet’s Mosque, when the competent authority decides that the risks of the pandemic have disappeared.

Meanwhile, the entry of pilgrims, worshipers, and visitors shall be regulated through the application (Etamarna), which will be launched by the Ministry of Hajj and Umrah, with the aim of implementing the health standards and controls approved by the Ministry of Health and the competent authorities.

Read Also:https://kaabanews.com/2020/08/haramain-prepares-for-umrah-season/
The source called upon pilgrims, worshipers, and visitors to adhere to preventive measures and apply the health instructions and requirements, including wearing face masks, keeping a safe distance, and avoiding physical contact.

The source affirmed the Kingdom’s keenness to enable the pilgrims from inside and outside the Kingdom to perform the rituals in a safe and healthy manner fulfilling the preventative requirements and spatial distancing in order to ensure human safety and protection from the threats of this pandemic and achieve the objectives of the Islamic law in preserving human lives.
The source explained that the stages announced in this statement will be subjected to continuous evaluation, according to the developments of the pandemic.

Hajj Minister confirms
The Minister of Hajj and Umrah Dr. Mohammad Saleh bin Taher Benten during a speech to the second virtual forum to enrich the experience of pilgrims, entitled (Institutional transformation in Umrah companies and service providers for Umrah pilgrims) confirmed the news which was broken by Okaz regarding the resumption of Umrah.