72,000 locals register for Umrah in 5 hours •Rawdah Al Shareef to reopen after 7 months 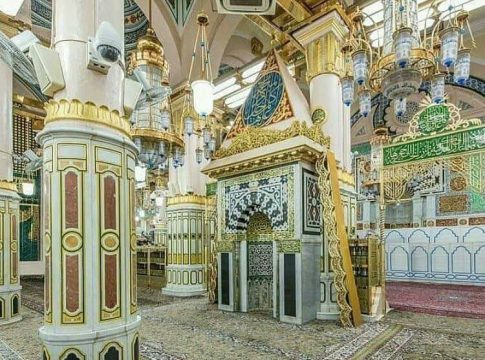 Few hours after the opening of registration for the Umurah rites, the first in 1442 A.H, no fewer than 72,000 intending pilgrims residing in the kingdom have registered. The lesser hajj which will commence on October 4 can be booked online via a app known as Eatmarna app recently launched to ease issues of registration by intending pilgrims. The app can be downloaded on apps.apple.com/sa/app/eatmarna/id1532669630

Kaabanews gathered that the app although is not presently on Android, but an official of Haramain hinted that it will soon be on Android.

Following the resumption of Umurah, and gradual visit to Masjid Al Haram, the Ministry of Interior has also announced that pilgrims can now visit and observe prayers in “The Garden of Paradise” (Al Rawdah Ash Shareefah).

Prayers, visits and Salams (The complete Old Mosque) near the Rawdah of Prophet (PBUH) and His Rightly guided Caliphs (R.A) were suspended earlier this year in March as a precautionary measure against the spread of COVID-19 due to the usual crowd in the area.

It was also gathered that visitors will need to book their time slot for visit in the Rawdah in advance through the app “اعتمرنا” starting today and with visits starting from October 18th.

The lifting of the suspension comes after the Kingdom’s initiative to lift all restrictions relating to COVID-19 precautionary measures put in place early this year.