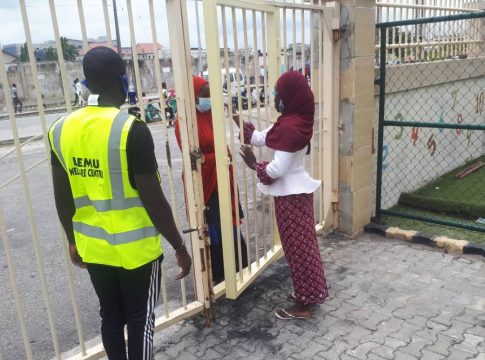 Students, under the aegis of Muslim Students’ Society of Nigeria in Lagos State, have faulted the call for secession and the Oduduwa Republic in the South-West.

In a statement by the Amir (president) of MSSN Lagos State Area Unit, Miftahudeen Thanni, the students described the call for secession as a “nation killer”.

While speaking on behalf of the students, Thanni warned those nursing the idea to “immediately bury it”, noting that it may lead to the many people losing their lives.
“We are not ready to lose our members and there is no joy embarking on a killer mission.

The agitators should please stop it and find another means to enrich themselves,” he cautioned.
The students’ leader further explained that South-West needed collaboration among its governors to develop without seceding from the entire nation.

Read Also: https://kaabanews.com/2020/07/mssn-donates-multifunctional-contactless-covid-19-machine-to-lagos-govt/
He said, “We are not ready for another civil war or series of bloody clashes in the South-West. We are all a living witness to what is happening in the South-East region. Our focus should be on how to collaborate and build on our diversity.

“There has been reasonable growth and development in South-West compared to other parts of the country. It betrays reasonable thinking to hear that we want to create a problem that never existed.

“We vehemently reject this secessional move and selfish desire of a few persons who want to damage the peace enjoyed in the South-West. Those nursing the ambition are our enemies trying to cause commotion, riot, and crisis, and destabilise the entire country.”
While emphasising the importance of unity, Thanni explained that people around the world cherished South-West region in Nigeria because of its ability to manage diversity.
He also explained that division is against the teachings of Islam, adding that Nigeria needed South-West’s co-operation now than ever.

“As Muslims, we have been taught that humans are created in tribes and nations and we must not despise each other. We say no to secession or the Oduduwa Republic. South-West no be South-East!”