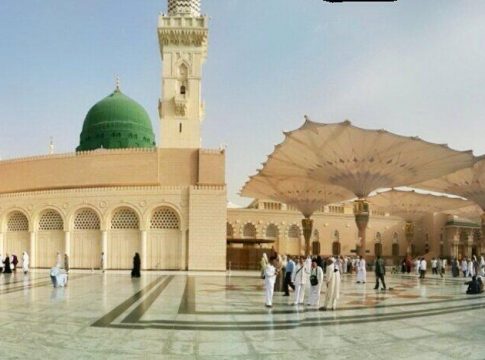 The Muslim Media Watch of Nigeria in its Diamond Anniversary Message to Nigerians, lamented that the Nation lost several great opportunities in its 60 years of growth due to bad leadership.

The group also called on President Muhammadu Buhari to bequeath to the nation, a politically reformed system in all tiers of governments which will reduce cost of governance, improved infrastructure including permanent fixing of the Nation’s refineries, uninterrupted electricity, uninterrupted water supply in the federation, agriculturally boosted economy,industrialization and massive employment for the youth.

In its Independence message issued yesterday, the group through its National Coordinator Mallam Ibrahim Abdullahi stated that unless the country gets its leadership right at all levels, the low level of development and socio-economic problems bedeviling the Nation would continue.

He blamed the operators in the Nigerian political space, stating that if they have true spirit of Nationalism, they must sacrifice for the Nation instead of waiting for the nation to serve them as it is norm presently.

The group noted that materialism, corruption and political god-fatherism firmly-rooted in political domination of the people and their commonwealth of the Nation, have greatly eroded the power and control of the political elites by the masses. The masses are now at the mercy of the political entrepreneurs – masquerading as our political leaders.

MMWG called for true patriots who are ready to serve the Nation to come forward with the programmes which would retract the backward steps Nigeria has taken so far. According to the group, such programmes include: amendment of the Constitution to provide for unicameral legislature instead of bicameral legislature with effect from 2023; removal of all provisions in the Nation’s Constitution that legitimizes corruption such as provision of Pension Packages for State Governors and Severance Packages for all Political Office holders after the end of their tenure; elimination of 2-terms tenure in both Executive and Legislative arms of government and approval of only five years nonrenewable term for all elective offices.

Some of these provisions that are being suggested for removal from our constitution contributed immensely to corruption, greed and materialism in our political system.

On the Electoral Process, there must be transparency and there must be desire to make political offices unattractive by ensuring that the humongous salaries and allowances that are paid at both executive and legislature are abolished.

“Payment of humongous salaries and allowances to political office holders has made political offices lucrative and attractive with some who have no business in governance emerging as political leaders through financial inducement of voters.