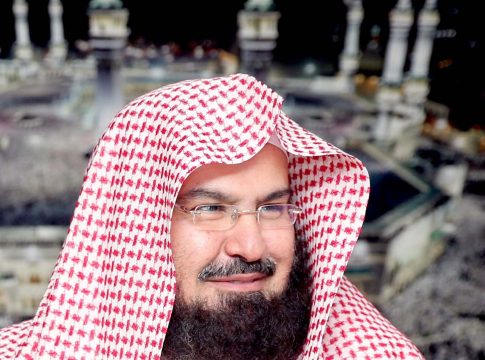 The Virtue of the Congregational Prayers

The masjids are the houses of Allah and the most beloved places to Him. They were built for worship, prayer, and for the remembrance of Allah. To it, those who believe in Allah and are protected by Him rush (for worship).

It was the first school for education and cultivation in Islam. The generation of the Companions graduated from it, and they were the most worthy of knowledge and action.

Dedicate a set time for the houses of Allah. Dedicate a portion of your worship to take place in the masjid. Put forth for yourself what will benefit you and what will cause Allah to raise you on the Day of Resurrection.

The Corona Pandemic has become a great difficulty upon the Muslims. The congregational prayers were suspended. The yearning of those whose hearts are attached to the masjid increased. Their longing and desire for the masjids only increased.

Allah has removed the difficulty, and He made every hardship turn to ease, and every worry turns to relief. Here are the masjids. Their doors are open and ready. Here are the houses of Allah waiting for those who will come to them and visit them. The sounds of the minarets amplify with hayya ‘alas-salah, hayya ‘alas-salah, hayya ‘alal-falah, Hayya ‘alal-falah (Come to the prayer, come to success). 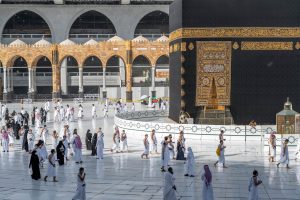 Praise Allah and thank Him. Ask Him to remove what remains of this pandemic, to remove hardship, and to grant us complete security and a cure from disease. Rush, 0 servants of Allah, to the houses of Allah. Respond to Allah and to the Messenger when he calls you to that which gives you life, which rectifies your affairs and gives you happiness and guidance. Maintain yourselves [in the worship of Him] at every masjid. Guard the obligatory prayers wh rever the call is made for them.

Excerpts from the Khutbah

1. Allah (the Most Exalted) said, “The masjids of Allah are only to be maintained by those who believe in Allah and the Last Day and establish the prayer and give zakah and do not fear except Allah, for it is expected that those will be of the [rightly] guided.” [9:18]

3. Buraidah Al-Aslami (may Allah be pleased with him) reported that the Prophet (may Allah’s praise and peace be upon him), said, “Give glad tidings to those who frequently walk in the dark to the masjids of a perfect light [that they will receive] on the Day of Resurrection.” [Reported by Abu Dawud and At-Tirmidhi]

4. Ibn ‘Umar (may Allah be pleased with him) reported that the Prophet (may Allah’s praise and peace be upon him) said, “The congregational prayer is better than one’s prayer alone by twenty-seven degrees.” [Reported by Muslim)