Hajj Savings Scheme: The start of a new journey 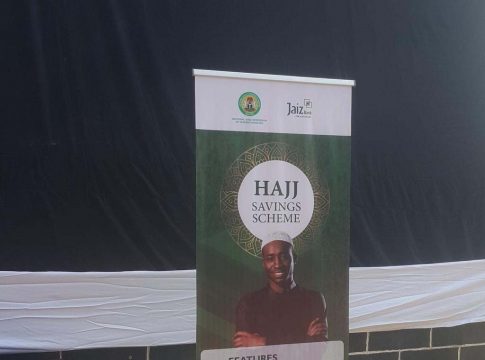 There are various ways to achieve a dream. For the 4th Board of NAHCON, the aspiration to bring down the cost of Hajj and make it affordable for the Muslims was a pull factor to pursue the actualization of Hajj Savings Scheme.

Just soon after his inauguration in February as Chairman/CEO, Alhaji Zikrullah Kunle Hassan declared his intention to reduce the 2020 Hajj Fare.

According to him, he was invigorated in that decision by the climb in exchange rate and the increment of the Value Added Tax (VAT) by the Saudi authority from 5 percent to 15 percent which would have led to an astronomical increase in the Hajj Fare if the 2020 Hajj had held.

For over 10 years, the idea of having the contributory system in place seems unsolvable due to both administrative and structural bottlenecks, even though, the law creating National Hajj Commission of Nigeria (NAHCON) NAHCON Act 2006 in Section 7 (I) empowers the Commission to “establish, supervise and regulate a system of Hajj Savings Scheme to be operated by the Pilgrims Welfare Board of each state and the FCT for interested pilgrims.”

With the formal flag-off a new chapter of Hajj story in Nigeria has been opened, one that is bound to change the narratives of Hajj administration for ever.

The momentous event which was presided over by the National President, Nigeria Supreme Council for Islamic Affairs (NSCIA) who is also the Sultan of Sokoto, His Eminence, Alhaji Muhammad Sa’ad Abubakar III. Mni, CFR, was hosted by Governor of Kano State, Dr. Umar Abdullahi Ganduje, CFR.

Speaking at the event, the Chairman/CEO, Alhaji Zikrullah Kunle Hassan, said the occasion is epochal as it was the first in the sub-region and in the continent.

According to him, “It is a dream come true. For decades, the idea could not get off the ground despite the serious efforts of my predecessors. But when we came on board, we vowed to actualize the dream, whatever it would take. We therefore left no stone unturned to ensured that the aspirations of our founding fathers were met.

“To us, the HSS time has come. If the narrative of Hajj financing and management must change. If we want to put a stop to a spiral cost of Hajj and give our pilgrims the best service available.”

The Chairman also had some words of praise for the Board and management of JAIZ Bank PLC who is the official management partner of the Scheme. In his words “the JAIZ Bank has been a wonderful partner from the conceptualization up to this point. They have been effective and pro-active. Their selfless service and commitment towards achieving this no mean feat is immeasurable.”

He however challenged the Stakeholders to ensure the success of the Scheme, saying that, the mere kick-off of the programme is not an end itself but the beginning of another new journey. “Therefore, for this Scheme to succeed, all hand must be on deck, for traditional rulers, leaders, the ulama, my colleagues from the states as well as our friends in the media owe it as duties and obligation to educate, enlighten and sensitize our Muslim brothers and sisters to patronize the Scheme”, adding “as we rise from this event, let us go home and rally the people on the benefit they stand to derive from this Scheme.”

The Chairman then allayed the fear of people who have some misgiving about the intent and objectives of the Scheme. “Let me allay the fear of those who thought that the scheme will strip them of their duties as custodians of Hajj funds. As the Act stated ,…the Scheme is to be operated by the Pilgrims Welfare Board of each state and FCT for interested intending pilgrims”.

From the foregoing, the letter and the spirit of the Act gives the State Board enormous responsibility in management and operation of the fund.

Emphasizing the enormous benefits, derivable from the Scheme, the CEO said “the Savings Scheme will eliminate the risks associated with traditional savings method especially in rural areas where thieves, fire disaster can wreak or dispose the owner of their valuable hard – earned savings or properties “.

Other positives according to him, “savings mobilization from intending pilgrims towards meeting expenses for Hajj over a period of not less than one year; Depositors could withdraw savings not more than twice a year; savings will not, profit/bonus to be distributed amongst savers proportionately and eliminate dependence or reliance on well-to-do relations and disposal of their assets and landed property to pay for Hajj”.

Speaking in the same vein,, the Sultan of Sokoto and President-General of Nigeria Supreme Council for Islamic Affairs Alhaji Muhammadu Saad Abubakar 111CFR, who was represented by the Emir of Bichi, Alhaji Nasiru Ado Bayero, praised the NAHCON”s initiative. He said the Scheme offers opportunity for Muslims to perform the Holy pilgrimage without depending on the government sponsorship or wealthy relations. He therefore charged the operators to make transparency and accountability their watch words ‘.

Similarly, the governor of Kano state Alhaji Abdullahi Umar Ganduje, CFR, commended the commission’s initiative which he described as’ revolutionary . “The Scheme is unprecedented and revolutionary with its window of sharia – compliant savings. The government of Kano State is therefore in full support of the scheme and our state has from now keyed into the model”, he said.

With the inauguration of HSS, the transition of Hajj payment from the analog to digital model has begun. Payment of fare will now be migrated to the Savings Scheme in which contributors can enroll in three different ways: (i) Through NAHCON and the State Pilgrims Welfare Board; (ii) specialized Apps and through JAIZ Bank PLC offices/branches across the country.

Delivering this message to the gathering, the Managing Director of JAIZ BANK, Alhaji Hassan Usman, called on all the stakeholders to join the moving train to ensure they achieved the best for the Muslim Ummah.

According to him, “together we can succeed. With the cooperation and support of all, the HSS can make it ‘

As HSS has demonstrated, strategic partnership and collaborative mindset is an effective and efficient way to advance positive growth and development in Hajj affairs. It must therefore be emphasized that as one cannot clap with one hand, the success of the Scheme rests on all, the Ulamas, traditional institutions and media to propagate and educate the populace on the operations as well as the enormous benefit. Now is time to walk the talk.

Ubandawaki is of the Information and Publication Division of NAHCON.