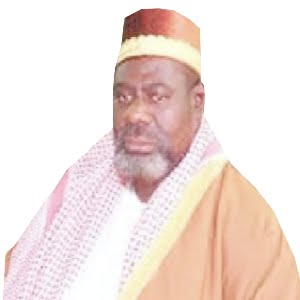 The death has occured of Sheikh Adam Idoko. The renowned Sheikh idoko died on Wednesday, October 14, 2020  was until his death the Chief Imam of Central Mosque, University of Nigeria, Nsukka and Director, Islamic Education Peace and Development Centre, Enugu Ezike, Enugu State.

The National Hajj Commission of Nigeria (NAHCON) commiserates with the family, friends and Muslim world over the loss of one of our own, the learned Sheikh Adam Idoko who died yesterday, 14th October 2020 in Abuja.

In his lifetime, he had been a patron of the Nigerian Muslim pilgrimage to Makkah and a champion of the Muslim community in Eastern Nigeria especially but the world at large. He was one time Executive Secretary, Enugu State Muslim Pilgrims Welfare Board, and served as Commissioner representing South East on the board of National Hajj Commission of Nigeria (NAHCON) from 2007 to 2014.

Sheikh Idoko had a Degree in Shari’ah from the Islamic University Medina and a fluent speaker of the Arabic language. He played several roles in the Muslim community; a Chief Imam of Central Mosque, University of Nigeria Nsukka, a one time Deputy National Secretary,(South) of the Supreme Council for Islamic Affairs, member of the Nigerian moon sighting committee, a member of Board of Trustees of many non-governmental organizations such as Jamaatu Nasril Islam, National Dawaah, Coordination Council of Nigeria, Jaiz Charity and Development Foundation, Nigerian offices of International Islamic Relief Organization and International Islamic Charitable Organization. Sheikh Idoko will be missed as a patron to many community service groups who personally excelled in empowerment of his people.

The Hajj and Umrah communities and indeed the entire Muslim world will surely feel the vacuum created by the loss of the vibrant, vastly experienced Sheikh Adam Idoko. NAHCON joins the world in praying for gentle repose of his soul in Jannatul Firdaus.