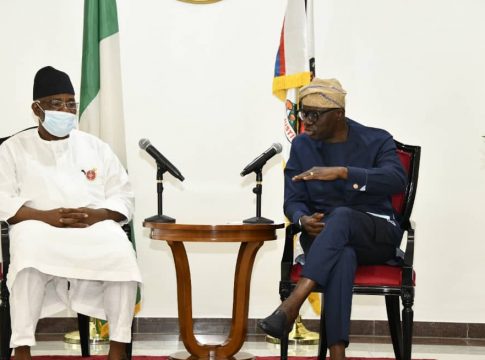 The Scheme which was officially launched in Kano on 4th October, 2020 by the Governor of Kano State, Dr Umar Ganduje, at the Hajj Demonstration Center in the Commercial city.

The launch in Osogbo would be followed by another launch in Abeokuta same day. The train would move to Ado Ekiti and Akure on the 16th and 17th.

The grand finale, according to Assistant Director, Information and Publication Division of the commission, Mousa Ubandawaki, would hold in Lagos on the 20th December, 2020 under the chairmanship of the Governor of Lagos state, Mr Babajide Sanwo-Olu. The Lagos event is expected to be attended by high ranking government officials, Hajj industry’s mogul and Islamic organizations.

The Hajj Savings Scheme (HSS) is a contributory savings arrangement organized by the NAHCON, the State pilgrims welfare boards in partnership with JAIZ Bank PLC to provide a long-term savings platform for people who intends to build their savings for Hajj.

It is a queue- based system of first come first served that enables pilgrims pay for Hajj over a period of time they desired.

Intending pilgrims can participate in the scheme by registering and opening an account on the platform through the State pilgrims welfare boards offices, HSS web portal or any JAIZ Bank outlet.

The HSS is one of the most important policy thrust of the current NAHCON’s board led by Alhaji Zikrullah Kunle Hassan, to prune down the cost of Hajj among other benefits.

Beside the cost benefit to the pilgrims, the Scheme will also also enable the Hajj administrators to plan the movement and transportation of pilgrims