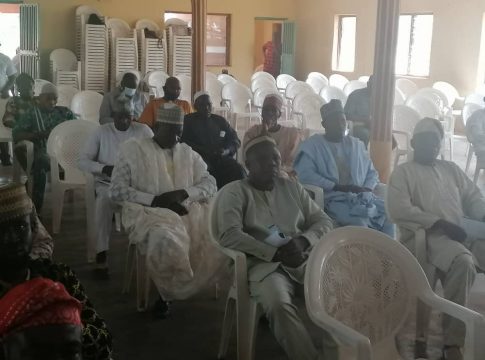 He said the sensitization for intending pilgrims in the State would ameliorate challenges in meeting up with financial obligations during pilgrimage exercise.

The Governor, who was represented by his Deputy, Engr. (Mrs.) Noimot Salako-Oyedele, said this at a day sensitisation programme on Hajj Savings Scheme (HSS), organised by the NAHCON, at Obas’ Complex, Oke-Mosan, Abeokuta, described the initiative as best at encouraging more Muslims to perform Holy pilgrimage to Saudi Arabia.

Abiodun said the Scheme was a seamless plan that would further promote discipline and teach intending pilgrims to be financially prudent, urging them to get necessary information from designated bank agents approved by the Board.

The Governor pledged his unflinching support for success of the Scheme, saying the present government, would continue to implement policies and programmes, that would promote wellbeing of the people and socio-economic development of the State.

In his remarks, NAHCON’s Chairman, Alhaji Zikirullahi Hassan, represented by the Southwest Commissioner, Alhaja Basirat Akintunde said the scheme would make payment easier for intending pilgrims, imploring them to take advantage of it, while he appealed to Imams and Alfas to disseminate information on the initiative during congregational prayers.

Also speaking, Secretary to the State Governor, Mr. Tokunbo Talabi, represented by the Chief of Staff, Alhaji Shuaib Salisu assured NAHCON of the State government’s commitment to the implementation of the Scheme.

In his contribution, the National Coordinator, HSS, Dr. Aliyu Tanko said that the scheme which began in Malaysia in 1963, had helped a lot of people in visiting the Holy land, affirming that it has come to stay in Nigeria.

Dr. Tanko explained that the main objective of the initiative was to benefit all intending pilgrims and make them remain focus, by saving for a period of time, so as to fulfil the Hajj rites, calling on intending pilgrims to either enroll through the State Pilgrims Welfare Board, or log on to its official website:
https://hajjsavings.jaizbankplc.com
In their responses, Mr. Olasupo Muideen and Mrs. Olorode Hafsat, who were among the participants, appreciated NAHCON for the gesture, saying it would avail them the opportunity of embarking on holy pilgrimage, at least once in their life time through the scheme.