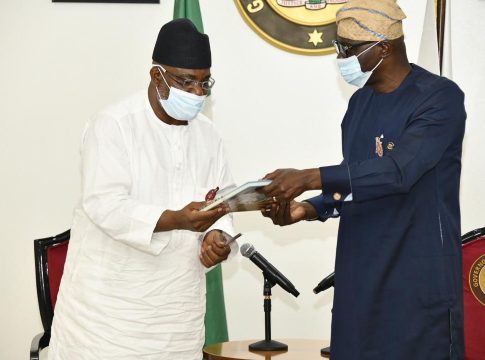 The National Hajj Commission of Nigeria (NAHCON) has commenced activities towards the grand launching of the Hajj Savings Scheme in South West geo-political zone of the country.

The event which started on Monday, 14th December 2020 in Osun Oshogbo, moved to Ogun, Abeokuta, at Oba’s Complex, Governor’s office, Abeokuta yesterday.  Today, the campaign will commence by 10:00 am again in Ado-Ekiti.

According to the Head, Public Affairs, Hajia Fatima Sanda Usara, the grand finale of the South West Campaign will be hosted by Lagos.

The state will launch the scheme on 20th of December by 11:00 am at Radio Lagos, Eko Fm, Marque, Lateef Jakande Road, Agidinggbi, Ikeja Lagos.

She stated that the Governor of Lagos state, His Excellency Babajide Sanwo-Olu had earlier committed to personally grace the occasion as grand host before recent developments.

Top dignitaries from NAHCON, Lagos State Pilgrims’ Welfare Board, Ja’iz Bank, traditional institution and the general public are expected to attend the occasion.

Meanwhile, the general public is invited to visit #HajjSavingsScheme
#HajjSavingScheme, also the NAHCON-Jaiz Bank Registration portal on https://hajjsavings.jaizbankplc.com, for more on the Hajj Savings Scheme.