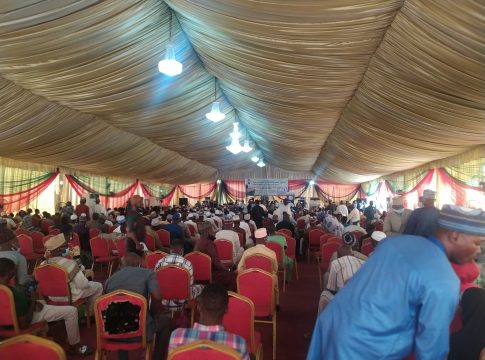 Address by the Chairman/CEO of National Hajj Commission Of Nigeria (NAHCON), Alh. Zikrullah Kunle Hassan at the launch of Hajj Savings Scheme in Lagos at Marque Hall Radio Lagos on Sunday, 20th December, 2020.

On the 4th October, 2020, we officially launched the Hajj Savings Scheme (HSS), in Kano, Northwest, Nigeria, which was the first time in the life of an African nation. Now, we are here this morning to launch the Scheme in Lagos to crown a climactic week of Sensitization programs in which our team have transversed the length and breadth of the Southwest region which began in Osogbo, Osun state on will hold soon. The choice of Lagos for launching of scheme is not a mere coincidence but a decision deliberately taken because of the historic and special status of Lagos as the first departure center in the Southern Nigeria for the airlift of Muslim pilgrims to Saudi Arabia. The second reason is its role as the Centre of commerce and hosts of largest concentration of prospective pilgrims in Southern Nigeria many of who are in search of dependable and comfortable payment option. As we mark today’s milestone I wish to commend all the states Muslim pilgrim welfare officials for their dedication and hard work in always trying to find common ground and arriving at implementable solutions on issues that concerns hajj management. On this note I wish to particularly commend the Lagos state Muslim pilgrim officials for particularly putting up today’s event at a very short notice. You may wish to recall that on our inauguration, I made a solemn pledge to Nigerians that the new board shall strive to make Hajj affordable for the average Nigerian Muslims to enable them make the journey of a life time to the Holy land of Makkah. Therefore the event of today is not only a testament to our resolve but also a bid to drive that ambition. It needs worth reiterating that the introduction of Hajj Savings Scheme is one of our strategic move to achieve the desire as enshrined in our establishment Act Section 7 sub section (1)which empowers us to “establish, supervise and regulate a system of Hajj Savings Scheme to be operated by the Pilgrims Welfare Board of each state and FCT for interested pilgrims”.

Read Also: Int’l Day For The Elimination of Violence Against Women: Human And Women Rights Between Islam and the West

want to appeal to all the stakeholders that the emerging success requires all the Government, traditional and religious leaders Muslim activists, public commentators and our friends in the media to assist us in enlightening our Muslim community on the need to embrace the scheme to enjoy the enormous accruable benefit therefrom. In other words it’s not yet uhuru thus no rest, we can only rest, when we have achieved what we set out to do I thank you all for your attendance and for all those who made this occasion of the launch possible., especially the Governor and good people of Lagos state for being a wonderful host. Our father, Chairman of the occasion, Prof. Dawd Shittu Noibi, OBE, Alhaji Rasaki Oladejo, President, Muslim Ummah of South West Nigeria (MUSWEN). The various notable clerics here present, the distinguished leaders of Muslim communities and societies, people and organisations too numerous to mention. I wish you all a safe stay in Lagos and a safe journey back to your respective destinations Thank you and God bless