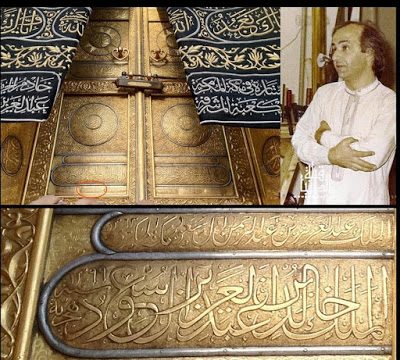 The man who re-designed the present Ka’aba door, Muneer Al Jundi is dead. He passed on last week Wednesday in Stuttgart, Germany.

Late Muneer, a Syrian national, designed the door of the Ka’bah which was installed in 1399 AH by the order of King Khalid bin Abdul Aziz, (may Allah have mercy on him and forgive him.)

It was gathered that King Khalid noticed that the door that was made during the reign of His Majesty King Abdul-Aziz had worn out and he also ordered the work of another door inside the Ka’bah where a staircase leads to the roof be made. 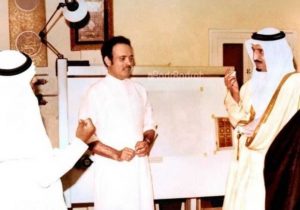 Al Jundi also had the honour of having his name inscribed on the door of the Kaaba as a designer.

The door was designed at the factory of Sheikh Mahmood Bin Badar, a leading goldsmith in Makkah and was completed in 1398 AH with 280kg of pure gold.