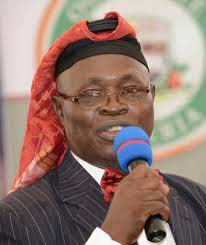 The Nigerian Islamic human rights organization, the Muslim Rights Concern (MURIC), has felicitated with Christians in the country. The organisation also urged the security agencies to protect places of worship during the yuletide.

MURIC in a Christmas message issued yesterday by its director, Professor Ishaq Akintola said: “We felicitate with our Christian neighbours as they mark 2020 Christmas. We share with them the aura of festivity and wish them a merry Christmas. In particular, our greetings go to Professor Yemi Osinbajo, the Vice President of Nigeria, Rev. Samson Olasupo Ayokunle, President of the Christian Association of Nigeria and all Christians in the country.

“We urge the security agencies to ensure adequate protection for places of worship and all law abiding citizens during the yuletide particularly in view of the alarm raised by the Department of State Services (DSS) concerning the plan being made by unscrupulous elements to carry out series of bombings at this period.

By the same token, we charge Nigerians to be security conscious and to report any suspicious person to the security agencies. People inside or around churches and mosques should be on the lookout for strange faces as well as abandoned vehicles, bags and packages. Such items should not be touched but reports should be lodged with the authorities with immediate effect.

“We call on Nigerians to spend the period in sober reflection and to pray for the safe return of Leah Sharibu in particular, the Chibok girls and all other captives in general. Nigerians are also requested to spend the Christmas period praying for the return of peace, security and economic stability to the country.

“We advise non-moderate fellow Muslims who have always criticized and condemned MURIC each time we send messages of love to Christians during festivals to reflect on the true teachings of Islam and the essence of humanity. As we strive lawfully for the realization of Allah-given fundamental human rights of Nigerian Muslims, MURIC will not be swayed from the path of love for fellowmen, tolerance, forgiveness and peaceful coexistence, all in an atmosphere of mutual respect.”