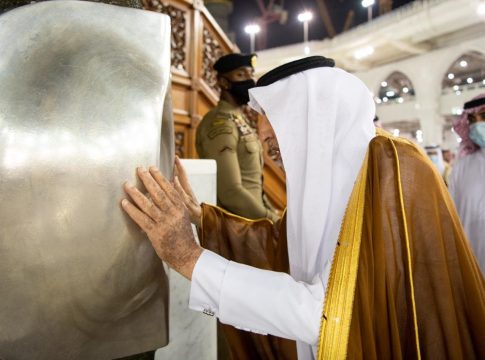 Saudi Arabia has pledged $430 million to fund the United Nations Yemen Humanitarian Response Plan 2021, the Supervisor General of the King Salman Humanitarian Aid and Relief Centre (KSrelief), Dr. Abdullah Al Rabeeah, who is also an adviser at the Royal Court, announced on Monday.

The announcement took place during the Yemen High-Level Pledging Event 2021, which was convened virtually and co-hosted by the governments of Sweden and Switzerland and the United Nations to address the ongoing humanitarian crisis in Yemen.

Opening remarks at the event were delivered by the United Nations Secretary-General Antonio Guterres among others.

The first two segments of the event were moderated by UN Under-Secretary-General for Humanitarian Affairs and Emergency Relief Coordinator Mark Lowcock, Swedish Minister for International Development Cooperation and Humanitarian Affairs Per Olsson Fridh, and Vice President and Head of the Federal Department of Foreign Affairs for Switzerland Ignazio Cassis.

For the past six years, Saudi Arabia has been the leading donor of humanitarian assistance to Yemen.

Speaking on behalf of the Kingdom, Dr. Abdullah Al Rabeeah extended thanks to the organizers of the event: “I am honored to express the profound thanks and appreciation of Saudi Arabia to the governments of Sweden and Switzerland and to the United Nations for their organization of this virtual conference during the exceptional circumstances the world is experiencing due to COVID-19 and its variants. Today, we hope that we can reach solutions that are more sustainable and effective in alleviating human suffering in Yemen.”

Highlighting the humanitarian efforts of Saudi Arabia ever since its foundation, Dr. Al Rabeeah said: “Since unification by its founder, King Abdulaziz, the Kingdom of has always centered its relationships with other countries and people on a set of values and principles that embrace peace, harmony, and cooperation.

“The Kingdom has provided impartial support and assistance to millions of people in need and has shared with the rest of the donor community the noble goal and responsibility of reducing the effects of humanitarian crises. Saudi Arabia ranks among the top donor countries providing humanitarian aid at the regional and international levels to countries in need, particularly Yemen.”

Drawing the attention of the global community toward the atrocities committed by the Iran-backed Houthi militia against Yemeni civilians, KSrelief supervisor general said: “We are meeting today amidst the ongoing humanitarian crisis Yemen has already been facing, along with all of the additional economic, health and political challenges that the COVID-19 pandemic has created there.

In addition to the major escalation of crises caused by the Iran-backed Houthi militias inside Yemen, particularly in the Ma’rib governorate, which was a safe haven for IDPs, the militias have also scaled up their terrorist actions to threaten neighboring countries. This requires a firm and resolute stance from the international community to protect the Yemeni people and to reach sustainable solutions that achieve security, stability, and development for Yemen and, ultimately, for the region and the world.

“In spite of all of these difficult challenges and obstacles, Saudi Arabia has maintained its pioneering role and ongoing commitment to Yemen and its noble people. Because of its keenness to alleviate the suffering of the Yemeni people, I am pleased to announce that the Kingdom of Saudi Arabia has pledged $430 million to support the Yemen Humanitarian Response Plan 2021 to be implemented through UN agencies, international organizations, and local and regional NGOs,” Dr. Al Rabeeah stressed.

“The Kingdom reaffirms its support for the security and stability of Yemen and the region, and its commitment to supporting all efforts aimed at reaching a sustainable political solution, based on the three initiatives, namely: the Gulf Initiative and its executive mechanism, the outcomes of the Yemen National Dialogue, and the relevant UN Security Council resolutions — foremost of which is resolution 2216 — in a manner that guarantees the preservation of the unity and safety of Yemen and its people,” he added.

The amount of aid provided by Saudi Arabia to Yemen during the past five years totals $17.3 billion, including support for the Central Bank of Yemen ($2 billion), the assistance provided to Yemeni refugees living in the Kingdom ($8.13 billion), and support to the Yemeni government ($199 million). Also included in this amount is $296.74 million for development support and $3.5 billion provided through KSrelief, which has implemented 575 multisector programs and projects in Yemen since 2015.