King Salman gives 150,000 copies of Holy Quran to the two Grand Mosques ahead of Ramadan 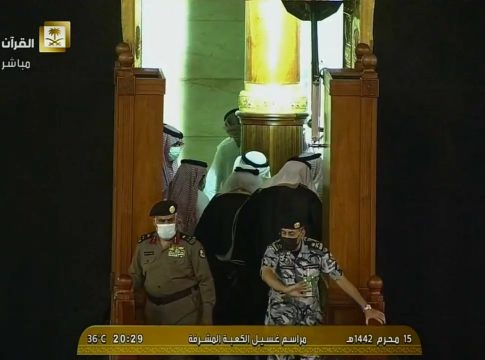 A Royal Decree was issued by King Salman to release to the Custodian of the Two Holy Mosques 150,500 copies of the Holy Qur’an ahead of Ramadan.

His Excellency said that the General Presidency seeks to achieve the aspirations of wise leadership in serving the Two Holy Mosques and their intentions to improve services, within the framework of the efforts made by the Government of the Kingdom of Saudi Arabia in the service of Islam and Muslims and to prepare the holy feelings in the best way and to overcome all difficulties for the sake of the comfort of the guests of the Most Merciful.