HAJJ 2021: The clock is ticking, lets kick the ball rolling 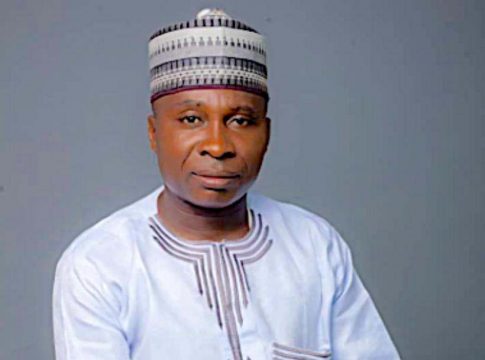 Will this years’ Hajj take place or will Hajj 2021 hold without the participation of international pilgrims as was the case in 2020?

If 2021 Hajj becomes reality, what may likely be the percentage of allocation of quota to Hajj participating Countries? What becomes of age criterion, of Covid 19 vaccines – the two critical factors that will determine the number of pilgrims this year?

Intending pilgrims, stakeholders and the general public have been making these inquiries through Independent Hajj Reporters social media handles, SMS and Whatsapp platforms.

In the meantime, Hajj missions from Hajj participating countries are on different mode of preparations and plans. Some countries are adopting the ‘wait and see’ approach while others believe in ‘prepare and wait’.

Some countries are outrighly banking on ‘plan, prepare and wait approach. The difference in this approach will eventually determine how such countries will be able to execute major pre hajj activities whenever the Ministry of Hajj and Umrah raise the green flag for Hajj 2021 and there are indications that such announcement may be within the last ten days of Ramadan.

Going by the Saudi Arabia Islamic calendar, Arafat day is being projected to be on July 19 or 20 (about 8o days away). Commencement of airlift or other pre hajj onshore activities can only be executed within 60 days from now. Therefore, It is better we light our candles now than to curse darkness later.

However, some positive developments relating to the Hajj and Umrah industry in Saudi Arabia recently points to a green lane for Hajj administrators to map out their plan of action for the conduct of Hajj 2021. The King Salman palliatives to Hajj and Umrah Industry, appointment of a New Minister of Hajj and his activities since resumption of office are all the right signals.

Also of note is the increase in the age of local umrah pilgrims from 60-70, the Ministry of Health statement that international pilgrims who wish to perform Umrah should take Covid vaccine, expansion of pilgrims reception centres, opening up of the new expansion in the Grand Mosques, addition of more pathways in the Mataf and allowing International Umrah pilgrims throughout the period of Ramadan.

Given the above, the question is not whether Hajj will take place or whether international pilgrims will be allowed. rather it is at what cost, on what conditions, and how many number of pilgrims?

Many Hajj stakeholders who believe I have more access to information had wondered whether Hajj can take place in the absence of a signing of Memorandum of Understanding between Hajj Missions and Saudi Arabian Ministry of Hajj and Umrah?

Though, the signing of memorandum of understanding could have been effected before Ramadan, feelers suggest there is a possibility that such contractual agreements may not be applicable to Hajj 2021.

Usually, the signing of that important document provides the template for Hajj participating countries to define the terms and conditions of hajj services relating to off-shore activities and also gives a framework for on -shore preparation.

From all indications, this year’s hajj will be organised with the existing template of Covid 19 Umrah protocols with a little or no tinkering. This essentially means that hajj participating countries may have little or no inputs on matters of accomodation, pilgrims’ transportation, feeding and pilgrim’s movement, Mashair activities and health related services.

Alternatively, Saudi Ministry of Hajj may allow Hajj missions to reactivate their Hajj 2020 agreements signed with Saudi based hajj service providers with modifications.

The Numbers That Matters

The major determining issue currently is the number of pilgrims that will be allocated to hajj participating countries or simply put: What will be the 2021 hajj seat quota? The strongest and clearest clue so far came from Pakistan’s Minister for Religious Affair and Interfaith Harmony Sahibzada Noor-ur-Haq Qadri. While speaking with Journalists last week, the Minister said that 40,000 to 50,000 Pakistanis will be allowed to perform Hajj this year. The Minister added that “the hajj 2021 would take place under special circumstances with special norms, rules and regulations, eligibility, criteria and age restrictions”.

Apart from the mandatory two doses of Covid 19 vaccine, He said the pilgrims of less than 20 or over 50 years of age may not be permitted to perform hajj this year. It should be noted that the Minister’s statement is not an official announcement from Saudi Ministry of Hajj but Sahibzada Noor-ur-Haq Qadri is one of the most trusted foreign Hajj Bosses by Saudi Ministry of Hajj. So, his statement should be taken seriously.

Let’s do an inventive arithmetic.

However, there is a flip analysis that favours Nigeria.

Pakistan is among the 20 countries that Saudi Arabia has placed on international flight ban while Nigerian Umrah pilgrims are currently flying to the Kingdom for lesser hajj. The unofficial announcement by Pakistan Minister of Hajj may be a peculiar case because of the ban on international flight from Pakistan due to Covid 19 new strains. Saudi has announced the resumption of international flights on 17 May but still exclude those 20 countries. The banned countries, named by the Ministry of Interior, are: Argentina, the UAE, Germany, the US, Indonesia, Ireland, Italy, Pakistan, Brazil, Portugal, the UK, Turkey, South Africa, Sweden, Switzerland, France, Lebanon, Egypt, India and Japan.

Nigeria may get twice of what may be given to Pakistan and that is around 40-50% of our Hajj 2019 allocation.

If Hajj 2021 smiles on us with the above projections, there is another issue of how to adopt a balanced formula for sharing the hajj seats to States Muslim Pilgrims Boards and possibly, private Hajj Operators.

It is noteworthy that the top ten States Muslim Pilgrims boards has so far registered more than 2,500 pilgrims each. Kano, Kaduna, Borno, Katsina, Sokoto, Yobe, Bauchi, Zamfara and Niger State. Another issue is whether Private Hajj Operators will partake in the sharing ratio if States Pilgrims registration lists has not been exhausted

Well, I think NAHCON is working on the answer because currently, the numbers of pilgrims registered by States Muslim Pilgrims Welfare boards may be well above 40,000.

The biggest challenge will be the ability of States Muslim Pilgrims Boards to sort out the required number of pilgrims using the Ministry of Hajj age criteria from their existing database of pilgrim’s registration within the shortest possible time. It is going to be a tricky business!

For example, if the age bracket for Hajj 2021 falls within 20-50 as hinted by Pakistani Minister and each country is required to send 40% of their Hajj 2019 quota and such announcement comes less than 40 days to the day of Arafat.

Most State Pilgrims boards had rolled over Hajj 2020 registered pilgrims to hajj 2021. More importantly, Hajj 2020 pilgrims’ registration guideline that was used by states does not include the age brackets.

I understand that NAHCON had instructed SMPWBs to periodically given updates on the total number of pilgrims in their registration list. In addition, NAHCON should direct States Muslim Pilgrims Welfare Boards to start creating database of Pilgrims based on age brackets of say 20-50, 20-55 and 20- 60.

Pilgrims enlightments should concentrate on the need for pilgrims to adhere to health protocols. NAHCON and states Muslim Pilgrims boards should create a Hajj 2021 Health services contracts form. Intending pilgrims or their Guarantors should be made to append their signatures. The form should have a condition stating that “Intending Pilgrims can be withdrawn from participating in 2021 hajj once such pilgrims violate Health protocols either in Nigeria or in the Kingdom of Saudi Arabia. I makes this suggestion because Nigeria ‘elites’ pilgrims can be very difficult in terms of policy compliance.

States should by now be processing pilgrims’ uniform and suitcases. Those two items can be used next year even if Hajj 2021 couldn’t hold. Preliminary screening of pilgrims to identify those with underlying health conditions should start. Though, enlightenments are ongoing in some states, NAHCON should ensure that the issue of health protocols forms major part of pilgrims’ education. Issue of some states fixing deposit and delay in funding Basic Travelling allowance account should be taken care before the cock crows. NAHCON and States should intensify inter-agency partnerships to update other sister agencies involved in Hajj operations of what is cooking.

Significantly, the NAHCON directive issued via circular to states Muslim Pilgrims Board on Covid 19 vaccine was based on a letter of advice from Nigerian Primary Health Care Development Agency NPHCDA and I am sure, NPHCDA advice was based on announcements and developments relating to Hajj and Umrah by the Ministry of Hajj as published by Media Houses.

We cannot afford to be complacent waiting for official communication from Saudi Ministry of Hajj. It is my opinion that we can also kick start skeletal preparations and work on assumed numbers based on Pakistani Minister of Religious Affairs statements as published by Hajj Reporters.

Finally, if we treat a situation as it is, it will remain as it is but, if we move out of our comfort zones and handle a situation as it can and should, then, it will become as it can and should be. It is my sincere hope that Hajj 2021 will be a testing field for all of us within the Hajj and Umrah Industry and with the support and cooperation of all, we can subdue the challenges and make it a success.

Whether Hajj 2021 comes to fruition or not, it is important to for us to remember that Allah only tests us with as much as we can specifically handle and overcome. “Allah does not burden a soul beyond that it can bear” [Quran 2:286]

“So verily, with the hardship, there is relief. [Quran 94:5-6], this particular verse reminds us that with every hardship in life, there will always be relief from Allah as well. May Almighty make Hajj 2021 a relief version of Hajj 2020 for Muslim Ummah.