Ramadan Day 23: ‘Night of Majesty’, a marvelous gift to mankind 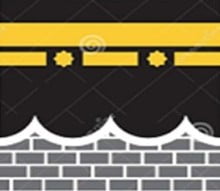 The Night of Majesty or Laylatul-Qadr is one marvellous gift the Creator, Allah (SWT) has given to the Muslim Ummah to redeem and renew themselves every year of all iniquities, attract abundant blessings and, of course, change their destinies.

It is the night when the whole multitude of angels and the spirit (Ruh) descend from heaven unto the earth, with tranquility and ready to take back our supplications, wishes and desires. It is the night of unsurpassed grandeur when the Qu’ran was revealed through angel Gabriel (Jubril) into the heart of Prophet Muhammad (SAW). It is a night of long-lasting blessings. It is a night in one whole Islamic year that influences or better still changes our destinies.

Rad Also: Ramadan Day 22: Get in high gear for Lailatul-Qadr
Even the non-Muslims who recognise the power of the night, make proper use of the period in their own way. In fact, some non-Muslim organisations hold their power night programme during the period. The Muslims who know what Allah has given them, should make proper use of it, prepare for it and explore this rare opportunity.

Those who know never joked with the night in the last 10 days of Ramadan. There are several Tahajuds (night prayers) going on every night in and around the cities during these last lap of the Ramadan fast.

“Surely We revealed it (the Holy Qu’ran) on the Grand Night. And what will make you comprehend the grand night. The Grand Night is better than a thousand months. The angels and Gabriel descend in it by the permission of their Lord for every affair, Peace! It is till the break of the morning” Holy Quran (97:1-5).

The scholars have explained to us that Allah, in his infinite wisdom had planned the system of the universe in such a way that every person’s destiny could be changed on a yearly basis. Allah offered this gesture to mankind as a unique opportunity to influence his own future. This is done by staying awake all through the nights of the last ten days in prayers and supererogatory. The important thing at this period is never to miss any night till the end of Ramadan. We will continue on this tomorrow insha Allah.