Explanations On How To Celebrate Eid-Ul-Fitr Happily 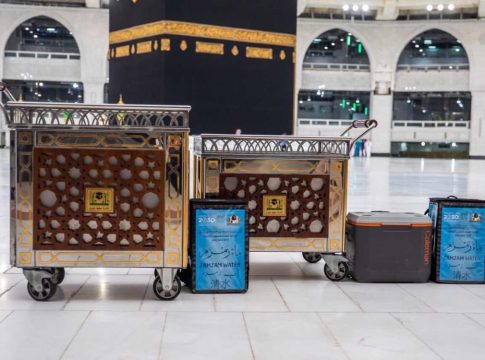 Explanations On How To Celebrate Eid-Ul-Fitr Happily

In the Name of Allah, the Most Gracious, the Ever Merciful

All praise is due to Allah, the Lord of all creation. May the salutations of Allah, His peace and blessings be upon our Prophet, his family, his companions and his true and sincere followers until the Last Day – then to proceed:

Dear brothers and sisters! Eid-ul-Fitr or the Festival of Breaking the Fast is one of the most celebrated of all Muslim holidays, observed by over 2 billion Muslims around the world. During the entire month of Ramadan, Muslims observe a strict fast and participate in pious activities such as charitable giving, peacemaking etc. It is a time of intense spiritual renewal for those who observe it. At the end of Ramadan, Muslims throughout the world break their fast and celebrate their accomplishments in Eid-ul-Fitr.

Respected brothers and sisters! This year, Eid-ul-Fitr 1442 AH/2021 is expected In Shaa Allah to be celebrated on Wednesday, May 12, 2021 or Thursday, May 13, 2021. However, the exact date is subject to the sighting of the moon of Shawwal, 1442 AH, 10th month of Islamic Calendar, and the announcement from the Islamic leader.

Both Eid-ul-Fitr and Eid-Al-Adha have great significance in Islam as the same is evident from the following Hadith, which was narrated by Anas Bin Malik (RA), who said:

“Allah has given you better than those feasts (festivals of non-believers): the Eid-ul-Adha and Eid-ul-Fitr.” [An-Nasa’i]

Remember one thing that Fasting on Eid days i-e Eid-ul-Fitr and Eid-al-Adha is forbidden as the same is evident from the following Hadith, which was narrated by Abu Sa’id Al-Khudri (RA), who said that the Prophet (Peace be upon him) said:

“No fasting is permissible on the two days of Eid-ul-Fitr and EId-ul-Adha.” [Bukhari]

Since it is a religious festival, Muslims all over the world celebrate this event with much fervour and each country’s celebrations vary as there is an influence of their traditions. Muslims all over the world celebrate the festival of Eid-ul-Fitr by starting the day with the Eid prayer. After offering prayer, Muslim greet each other with the customary Eid greeting, ‘Eid Mubarak.’ Everyone gets new clothes made for the special occasion because every single person wants to look his/her best. The day is spent with friends and family get-togethers, indulging in delicious feasts and handing out gifts also known as Sallah gifts or Barka da Sallah in hausa language.

Eid-ul-Fitr is a time of happiness and enjoyment; and this is also evident from the following Hadith, which was narrated by Aisha (RA), who reported that Prophet (Peace be upon him) said to Abu Bakr (RA) (On the day of Eid when Abu Bakr (RA) saw two girls were singing the stories about the Day of Bu’ath in Madinah):

In another narration, it is said that Allah’s Messenger (Peace be upon him) said to Abu Bakr (RA):

“Let them be O Abu Bakr, for these are days of Eid.”

Religious scholars have differing opinions on Eid prayers. However, all Muslims should attend prayers of both Eids as most scholars, on the basis of strong evidence, is of opinion that it is Wajib (obligation). One of the purposes behind Eid Prayer is to provide an opportunity to a large number of Muslims to attend congregations in an atmosphere of religious piety. Apart from prayer, the Eid sermon (after Eid Prayer) has also been made an integral part of this gathering and the prayer.

It is important and compulsory for a Muslim to pay Zakatul Fitr or Sadaqatul Fitr before offering of Eid Prayer. [Bukhari]

The time for Eid Prayer begins from the time the sun is three meters above the horizon until the sun reaches its meridian. However, it is better to offer the prayer in the early hours after the sunrise. [Abu Dawud]

Know that, Eid Prayer is performed without any Iqamah or Azan. [Muslim]

Rest of the Eid prayer is same as other prayer offered daily. After completing the prayer, it is Sunnah (some scholars say that it is Wajib/obligatory) to listen to the Sermon (Khutbah) after Eid Prayer. So one should stay for the Imam’s sermon to end after completing the Eid Prayer. After listening to the sermon, Muslims congratulate each other with greetings such as Eid Mubarak, Happy Eid, and عيد مبارك etc. However, the most common Eid Greeting Muslims like to wish their friends and fellow Muslims with, is Eid Mubarak.

1. Take a bath or perform ablution before going for prayer.

2. Use a toothbrush or Miswak to clean your mouth.

3. Wear your best clothes on this day.

5. Eat an odd number of dates before leaving for prayer of Eid-ul-Fitr. [Bukhari]

6. Make sure that you have paid Zakatul Fitr before offering Eid Prayer.

7. Recite the following Takbirats while going to and returning from Eid Prayer:

8. Listen to the Sermon (Khutbah) after offering Eid Prayer. [An-Nasa’i]

9. Use different ways while going to and returning from the Mosque (Eid ground) after offering Eid Prayer. [Bukhari]

“Allah’s Messenger (Peace be upon him) made it incumbent (Wajib/obligatory) on all the servants or free Muslims, male or female, to pay one Sa’i of dates, barley or grain as Zakatul Fitr.” [Bukhari]

According to above mentioned Hadith, Zakatul Fitr or Sadaqatul Fitr is Wajib/obligatory upon every Muslim including servant, freeman, male, female, young, new-born and old. Compulsion of Zakatul Fitr on a Muslim is same as the Nisab of normal Zakah (Nisab Is the exemption limit for the payment of Zakah).

Celebrate the day with your loved ones by indulging in delicious festive feasts and handing out gifts. Give out charity as much as you can so that your underprivileged Muslim brothers and sisters can also celebrate this blessed festival.

And please remember the entire Ummah and your country in your prayers and your Du’as (Supplications).

Ya Allah, the blessed month of Ramadan is now coming to an end, please help us to remain steadfast in your religion. Grant us the knowledge of your religion.

Ya Allah, you are truly merciful, please forgive us. Choose for us, what is best.

Ya Allah, help us to succeed in this life and the hereafter.

Ya Allah, if we have been in anyway ungrateful, unjust, dishonest; please forgive us.

Ya Allah, we don’t know if we will be alive next Ramadan, please forgive us. Grant us a place in paradise. Save us from hellfire.

Ya Allah, include us in the people who will be put in heaven without accountability.

Ya Allah, help us to spread your religion in the best of ways.

Ya Allah, please let us not be among the backbiters.

Ya Allah, forgive us if we have been among the arrogant. Ya Allah forgive us, grant us success, verily you are most forgiving, most merciful, ameen.

May Allah send His Salah and Salam upon our noble Prophet Muhammad (Peace be upon him).

And all praises and thanks are due to Allah alone, Lord of the worlds. May the peace, blessings and salutations of Allah be upon our noble Messenger, Muhammad, and upon his family, his Companions and his true and sincere followers.

Previous articleRamada Day 24: Lailatul-Qadr, a huge opportunity
Next articleRamadan Day 25: Plan your Zakaat al-Fitr ahead of last day of Ramadan