Ramadan Day 28: Zakatul-Fitr, a must before eid 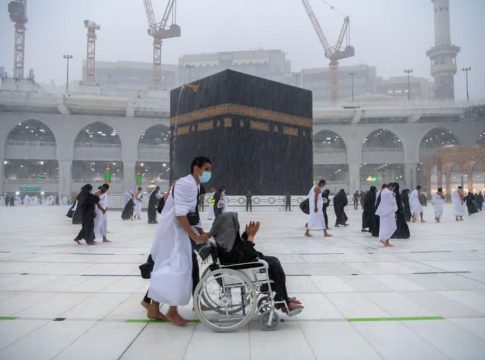 Ibn `Umar reported that the Prophet (s.a.w), made Zakat al-Fitr compulsory on every slave, freeman, male, female, young and old among the Muslims; one Saa`
A “saa” is 4 complete scoops, as scooped up with two hands of a man of average build. It is a measure of volume, not weight. Scholarly estimations equate it to about  (2.1Kg). It is meant to purify our fasts and shield it from any indecent act.

Read Also: Scores of Muslim worshippers kidnapped during Tahajud in Katsina
A son does not have to give Zakatul-Fitr on behalf of a poor father’s wife, because he is not obliged to spend on her. A Muslim traveller is also enjoined to pay his Zakat where he spends the last two days of Ramadan. If a person dies before Maghrib, on the last day of Ramadan, Zakatul-Fitr would not be obligatory upon him even if he fasted all the other days of the month. On the other hand, if a child is born after Maghrib, it would be obligatory to pay Zakatul-Fitr on his or her behalf.
It should be given on one of the foodstuffs which is commonly consumed in the society. If it has to be given in money, although this is not encouraged but the societal demands and circumstances sometimes call for it; it has to be well-calculated that the appropriate money equivalent is given in accordance with the existing price of the desired foodstuff in the market; in your area and at the right time too,(before Eid) to meet the immediate need and purpose to which it was given.
In essence, behind it is to make others happy during the festive period; it purifies the fasting Muslim from any shortcoming, it is therefore obligatory on him whether rich or poor to pay Zakatul-Fitr.
The Prophet (SAW) said: “Make them (i.e. the poor and destitute) rich on the day of `Eid-ul-Fitri. The Qur’an says: “The Zakah are only for the Fuqaraá (poor), and the Masaakeen (the needy) and those employed to collect (the funds); and for to attract the hearts of those who have been inclined (towards Islam); and to free the captives; and for those in debt; and for Allah’s Cause, and for the wayfarer (a traveller who is cut off from everything); a duty imposed by Allah. And Allah is All-Knower, All-Wise” (Q9:60).