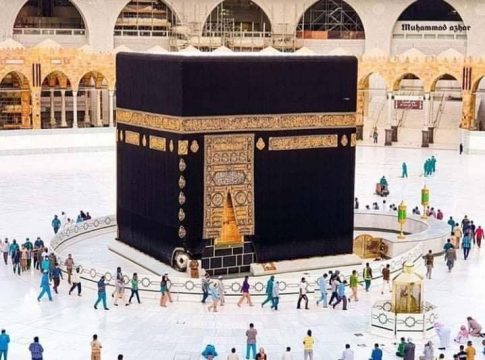 As we wrap up the month of Ramadan, the first day of Shawwal is marked by the festival of Eid il-Fitr.

Eid is, first, a day of thanks to Allah, and next, a gathering of families and friends. We are required to give Sadaqat Al-Fitr, a form of charity, on behalf of each and every person of the family, including newborns, to the poor and needy during the Ramadan but before the Eid Prayers.
The recommended acts:
1. Ghusl (taking a bath)
One of the good manners of `Eid is to take bath before going out to the Prayer. It was reported that Sa`id ibn Jubayr said: “Three things are Sunnah on `Eid: to walk (to the prayer-place), to take a bath
2. Eating before leaving for Eid.
One should not come out to the prayer-place on Eid Al-Fitr before eating some dates, because of the hadith narrated by Al-Bukhari from Anas ibn Malik who said: “The Messenger of Allah (peace and blessings be upon him) would not go out in the morning of Eid Al-Fitr until he had eaten some dates… and he would eat an odd number.” On Eid-ul-Adha, on the other hand, it is recommended not to eat until after the Prayer, when one should eat from the meat of one’s sacrifice.

3. Takbir on the day of `Eid Al-Fitr
This is one of the greatest Sunnahs of this day. Al-Daraqutni and others reported that when Ibn Umar came out on Eid Al-Fitr and Eid-ul-Adha, he would strive hard in making Takbir until he reached the prayer-place, then he would continue making Takbir until the Imam came.
4. Congratulating after the prayer.
People may exchange pleasantries. “Taqabbal Allahu minnaa wa minkum (may Allah accept from us and from you our good deeds!)”.
5. Wearing one’s best clothes for `Eid
Jabir (may Allah be pleased with him) said: “The Prophet (peace and blessings be upon him) had a Jubbah (cloak) that he would wear on Eid and on Fridays.”
6. Changing route on returning from Prayer-place
Jabir ibn Abdullah (may Allah be pleased with him) reported that the Prophet (peace and blessings be upon him) used to change his routes on the day of `Eid. (Al-Bukhari)
- Advertisement -