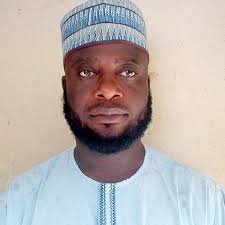 By Imam Murtadha Gusau
In the Name of Allah, the Beneficent, the Merciful

All thanks and praise is due to Allah, we seek His help and forgiveness. We seek refuge in Allah from the evil within ourselves and the consequences of our evil deeds. Whoever Allah guides will never be led astray, and whomever Allah leads astray will never find guidance. I bear witness that there is no one worthy of worship except Allah, alone without any partners, and I bear witness that Muhammad (Peace be upon him) is His servant and Messenger.

Verily, the most truthful speech is the Book of Allah, the best guidance is the guidance of Prophet Muhammad (Peace be upon him) and the worst affairs are the newly invented matters (in the religion). Every newly invented matter is a religious innovation, and every religious innovation is misguidance, and every misguidance is in the Hellfire.
Dear brothers and sisters! Today, the struggle to liberate Palestine is an obligation and an important goal. Everyone must assist the Palestinian nation in their noble and peaceful struggle.
Respected brothers and sisters! The struggle to liberate Palestine is a struggle in the way of Allah, and it is an obligation and an important goal. Victory in this struggle has been guaranteed.
My great people! We must express our solidarity with the Palestinian people and condemn Israeli atrocities towards them. The Zionist regime is a deadly, cancerous growth and a detriment to this region which will undoubtedly be uprooted and destroyed!
And by Allah’s Grace, the shame will fall on all those nations who put their facilities at the service of the policy of the arrogant powers.
Dear servants of Allah! Palestine is a small region of land that has played a prominent role in the ancient and modern history of the Middle East. The history of Palestine has been marked by frequent political conflict and violent land seizures because of its importance to several major world religions, and because Palestine sits at a valuable geographic crossroads between Africa and Asia. Today, Arab people who call this territory home are known as Palestinians, and the people of Palestine have a strong desire to create a free and independent state in this contested region of the world.
Until 1948, Palestine typically referred to the geographic region located between the Mediterranean Sea and the Jordan River. Arab people who call this territory home have been known as Palestinians since the early 20th century. Much of this land is now considered present-day Israel.