The Hajj pilgrimage will resume this year after being shut down due to the pandemic.

As 1 million Muslims have been preparing to make the journey of a lifetime to Islam’s holiest sites, the Saudi government has made a surprise announcement that has devastated Islamic communities across Australia and the Western world.

*The rules changed overnight, forcing many to cancel their flights and hotel bookings

Muslims from Australia, New Zealand, the UK, North America and Europe initially rejoiced when Saudi Arabia announced in April that it would open its borders to allow foreigners in for the Hajj pilgrimage. Pilgrimages to the holy sites of Mecca and Madinah had been closed for two years due to the COVID-19 pandemic.

But once the jubilation subsided, questions from both communities and travel operators arose as the Saudi Ministry of Hajj made no further announcements.

One travel operator from Melbourne, who spoke to the ABC anonymously for fear of repercussions from the Gulf nation, said he and others in the industry were not given any clear answers.

“They said they’ll confirm before Ramadan and we waited. Eid came and nothing happened,” he said.

On June 6, the Saudi government made a surprise announcement: Muslims from Western countries were told to immediately cancel any existing flights and hotel bookings.

It said anyone who wanted to go this year needed to apply through a randomised lottery system on the newly launched Motawif website — and they only had a four-day window to put in a bid.

The change of rules has shocked Muslim communities across the West.

New restrictions placed on who can travel
Each country is assigned an allotment of places every year.

Lottery systems exist in Muslim-majority countries to cope with population and religious demands, and they are government run.

But the new lottery system limits the number of places to 1 million, whereas previously Muslims from Western countries could claim their own places through travel agencies and Hajj tours.

And there are other restrictions on who is eligible to apply.

Eligible candidates are those who are under 65, have up-to-date documentation, and are double-vaccinated against COVID-19.

People making the pilgrimage for the first time will be placed in priority queues.

Australia was allotted just over 2,000 spots for Hajj.

Feroz from Sydney was one of the lucky few who got the green light, but he said the approval had just complicated his situation further.

“Racing through my head was my work commitments,” he said.

“My leave request is yet to be approved and submitted.

“And the challenge is that you need to pay for your package within 48 hours or else you lose your spot.

“Irrespective of whether I got approved or not, having that information beforehand would have made things easier.”

Travel agents left reeling
The Hajj pilgrimage is a foundational pillar of Islam.

Hajj foreign pilgrim numbers capped
Only 60,000 vaccinated pilgrims within Saudi Arabia will be allowed to participate in this year’s hajj, as local authorities introduce tough measures to prevent the spread of coronavirus.
It is compulsory for all Muslims of age to travel to holy sites in Mecca at least once in their life. 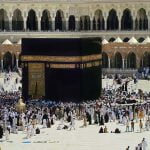 The pilgrimage takes place over days during the month of Dhul Hijjah in the Islamic calendar and honours rituals of both the Prophet Abraham and the Prophet Mohammed that exist in Islamic theology.

Thousands of Australian Muslims had been waiting since 2019 for the chance to go this year, ready to use their life savings to secure a spot.

The Saudi government’s decision has left another travel agent from Melbourne blindsided and reeling.

“So it’s just a complete mess, to be totally frank with you.”

In a statement, Saudi officials said the online lottery portal was introduced to crack down on Hajj-related scams run by fraudulent agents.

There have been anecdotal reports of elderly Muslims being defrauded of thousands of dollars by thieves posing as Hajj tourism operators.

But the ACCC said in a statement it was unable to provide any statistics on complaints relating to Hajj scams.

Another Australian travel operator who wanted to remain anonymous said he was told an entirely different story.

“They announced [the new] system because the travel agent is the intermediary between the ministry of Hajj and the client, and they need to get the intermediary out to reduce the cost,” they said.

Numerous agents have made deposits from their own funds to secure spots in Saudi hotels and on flights in the hope of kickstarting their businesses after a two-year drought.

“There are companies that were completely relying on the Hajj business, it was their only source of income… and now they’re being left completely out of the loop,” the travel operator said.

*Costs of pilgrimage skyrocket*
When Fatima, an Australian Muslim from Sydney who wanted to remain anonymous, heard about the new system she was supportive.

“I thought, ‘Great! We were cutting out the middleman,'” she said.

“There were rumours about how much agents were making, and so we thought Saudi was coming through for us.”

Typical Hajj packages range from $9,000 to $15,000 and include a month’s worth of flights and five-star accommodation in multiple cities, visas, transport and food.

With inflation impacting all travel costs after a two-year hiatus, there was speculation that the cost of basic packages could be as high as $20,000.

What Motawif was advertising during its short application stage were packages that included flights starting as low as $6,000.

“I got the email that said, ‘Congratulations Fatima you’ve been approved,’ and my heart was overjoyed,” Fatima said.

“But when I logged into pay, the cheapest package was $11,000 and it didn’t include flights.”

Fatima is now looking at paying up to $18,500 in total for her Hajj pilgrimage.

“It’s not a trip to an island in the Maldives … why is it costing us this much? Why was it left to the last minute?” 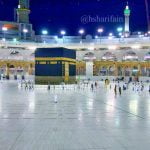 “When flights are through the roof, like $6,000 from Sydney to Saudi Arabia on an economy fare, it’s ridiculous!”

She has now begun a Facebook support group for Australian pilgrims who have not been able to get any answers through Motawif.

And hundreds have joined already.

“No-one’s answering our questions, there’s no human contact,” she said.

“And that’s when everyone ate their words because we realised what the agents used to do for us. You can’t put a price on it.”

For Feroz, there are bigger problems with the way Hajj will be spiritually run.

“One of the greatest concerns is not having access to a scholar or a guide that you can resonate with,” he said.

“There are different levels of religiosity, so you have some people who are well versed in the processes of Hajj, and others who aren’t comfortable at all and need someone to hold their hand.”