KSA ‘opening up’ is good for business, says Aliko Dangote 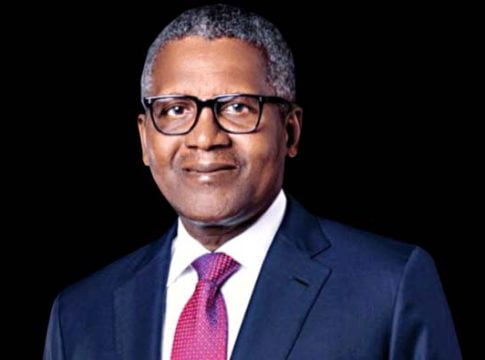 RIYADH: Africa’s richest person, the Nigerian billionaire business magnate Aliko Dangote, has praised the “new rhythm” created by Saudi Vision 2030, and the opportunities it offers for trade and investment.

Dangote, president and CEO of Dangote Group, was in Riyadh with a Nigerian delegation led by Minister of Information, Culture and Tourism Lai Mohammed to promote investment between the two countries.

In an interview with newsmen, Dangote said: “I have seen what the Kingdom is doing in line with Saudi Vision 2030. I congratulate Crown Prince Mohammed bin Salman for turning things around.”

The Nigerian delegation’s visit is part of efforts to strengthen bilateral cooperation, with the Saudi-Nigeria Business Council seeking to deepen trade ties between the two countries.

The council will have 10 representatives from each country, including prominent entrepreneurs from both the public and private sectors, as well as from institutional stakeholders, such as the Ministry of Trade and Ministry of Foreign Affairs.

“With the joint council, the two countries can make a big improvement in the level of bilateral trade and investment,” Dangote said.

Saudi Arabia is “diversifying things” and opening up for visitors, so it has become easier to conduct business in the Kingdom, he said.

“We have seen several ministers in terms of looking for investment opportunities in Saudi Arabia, and also to see how we can collaborate in terms of investment outside, solely in Nigeria,” the business magnate said.

Dangote said that he is interested in major avenues for business, including the fertilizer and food industries.

“We had some presentations from the Saudi Ministry of Investment. We want to see what are the best areas that align with our business in Nigeria and Africa.”

On trade volume between the countries, Dangote said that both countries are strongly involved in the oil and energy sector, so the scale of business is currently not large.

“That is what we are here for, to try to increase the level of bilateral trade. It depends on the entrepreneurs, and we are here to see how we can collaborate with our Saudi counterparts.

“Apart from the diplomatic relationship, which is very important, we want to make sure that the business relationship is substantial between Saudi Arabia and Nigeria, because we are interlinked, based on culture, religion and a lot of other things,” he said.