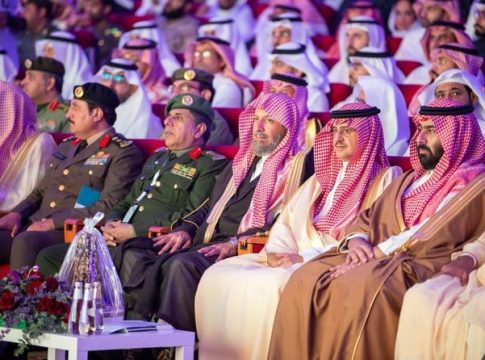 The 22nd Scientific Forum for Hajj, Umrah, and Visit Research, at Umm Al-Qura University ended yesterday, Monday, January 23 in King Abdulaziz Historical Hall, under the slogan “Towards a Distinguished Experience to Serve the Guests of AlRahman.”

The two-day forum was inaugurated by Makkah Gov. Prince Khalid Al-Faisal and organized by the Two Holy Mosques Institute for Hajj and Umrah Research, affiliated with Umm Al-Qura University.

The dean of the Institute, Suleiman Al-Amr, said the forum, held annually between Makkah and Madinah, attracts researchers, experts, and interested individuals to discuss the best services to pilgrims. “The forum also highlights successful experiences and effective initiatives in the Hajj and Umrah sector, with the participation of the public, private and non-profit sectors,” he added.

Al-Amr noted that the forum included seven scientific sessions, in which 33 speakers discussed several topics, in addition to workshops and sessions for scientific posters, through three main axes to discuss the guests’ experiences, satisfaction and the quality of the services provided to them, and understanding their needs and expectations, while applying the best local and international practices.

Dr. Abdulrahman Al-Sudais, the president of the General Presidency for the Affairs of the Two Holy Mosques, revealed during his participation in the first session of the forum a huge future plan for the presidency focused on maximizing the service offered to pilgrims in terms of guidance, service, operation, governance, creativity, quality, humanization, and smart technology. 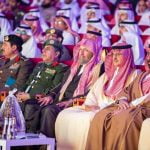 Al-Sudais stressed the presidency’s relentless efforts to complete the smart campus project, which will include at its inception 48 systems and services, out of which 29 systems will deal with facilities management, and 19 will deal with the beneficiary services system, in line with the Kingdom’s Vision 2030.

He presented statistics and figures pertaining to pilgrims’ routes (tefweej) from last year until now, where more than 100 million worshipers entered and exited the Grand Mosque. 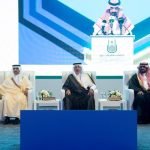 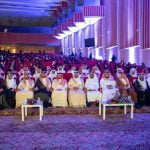 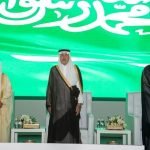 Director General of Passports Lt. Gen. Sulaiman Al-Yahya said that the Makkah Road initiative underwent a trial in 2017, pointing out that it is not limited to passport work only.

“(The) Makkah Road initiative is a unique, first of its kind experience in the world in completing all passenger procedures,” he added, noting that it contributed to enabling security personnel to perform their work swiftly.

Saleh bin Ibrahim Al-Rasheed, CEO of the Royal Commission for Makkah and the Holy Sites, said that the commission is working on developing more than 30 new neighborhoods in Makkah.

He added that the first ring road will be opened before the upcoming Ramadan season, pointing to the readiness of the distinctive Masar project being the first model for the developed neighborhoods in Makkah.

Public Security Director Lt. Gen. Mohammed Al-Bassami announced that a new online platform titled Sawaher would be launched soon to ensure security control at the entrances to Makkah to identify people and vehicles.

Al-Bassami confirmed that security patrols will be equipped with systems that detect wanted persons while walking on the streets, in addition to automatic monitoring devices that help in collecting data and examining permits.

“Everything posted on social media platforms will be analyzed and will be linked with the security command platforms,” he added.

Dr. Othman Qazzaz, a member of the Executive Committee of the Scientific Forum, explained: “The forum comes within three axes, namely the guest experience culture, the governance experience, and the electronic applications and their role in the pilgrim’s experience.”

He also underlined the importance of the relationship between service providers and relevant authorities, such as in the government and charitable sectors, as well as with researchers and scientists. “These parties need to meet in order to discuss challenges and scientific experience and how to apply them in reality,” he concluded